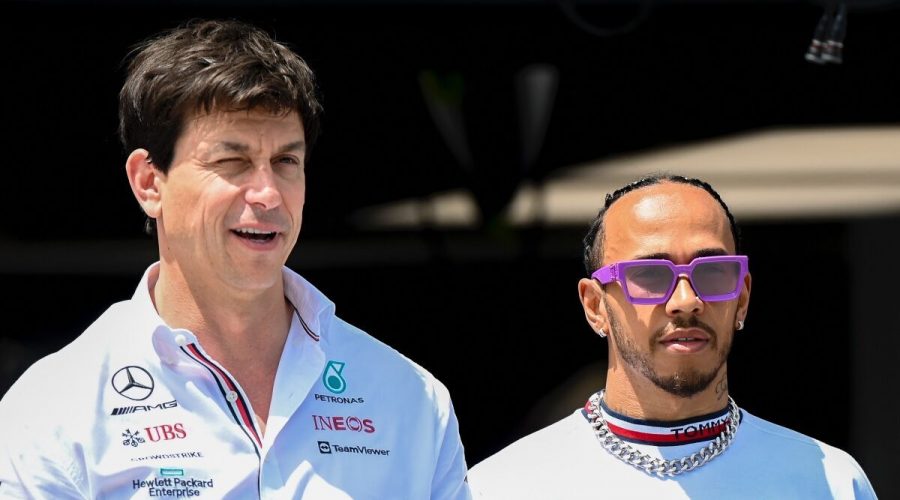 Christian Horner empathises with Mercedes over their miserable 2022 season and explained how his Red Bull team bounced back after their own era of dominance came to an end in 2014. Mercedes were uncompetitive throughout the entire campaign, managing just one race victory as seven-time F1 champion Lewis Hamilton saw his irrepressible rival Max Verstappen cruise to his second world title.

Hamilton completed his first ever season in F1 without a race win as Mercedes’ W13 car floundered. Mercedes could not adapt to the 2022 regulation and rule changes, while Horner’s Red Bull mastered them and progressed throughout the season as unstoppable Verstappen ended with a record 15 race wins.

The extent of Red Bull’s dominance could not have been predicted early on in the season after the dramatic climax to the 2021 campaign, but Horner was thrilled with a magical year.

And long-standing Team Principal Horner, who has seen it all in 17 years in his role, recalls similar pain of falling from consistently competing for drivers’ and constructors’ titles. Sebastian Vettel claimed four world titles in a row for Red Bull between 2010 and 2013, before Mercedes capitalised on regulation changes and entered into their own period of dominance.

Horner sympathises with Mercedes’ decline in competitiveness this year, and outlined how his own team became determined to succeed again after seven years of dominance from the Silver Arrows.

“We went through that pain [of losing],” Horner told Sky Sports after the season-closing Abu Dhabi Grand Prix. “In 2013, we finished that very dominant streak and in ’14 with the change in the [regulations], we were nowhere.

“We never lost belief [but] people’s heads dropped but you have to keep focused on a target.  Many of the people that we have today are still with us from 2013, as many new people have joined the team as well.

“Everybody’s just kept focused on that, on that challenge, on that goal of getting back into a winning position. We did it last year, and this year we’ve really gone a step further and to get that Constructors’ title back after a very long eight years. It’s testimony to all our hard work and dedication and belief that’s gone in.”

Mercedes won seven double titles in a row between 2014 and 2020 before Red Bull and Verstappen finally bounced back. But Silver Arrows boss Toto Wolff is not overly optimistic that his team can immediately return to challenge for regular P1 finishes in 2023.

“I’m never confident,” Wolff said. “I’m a glass half empty guy, and kind of never believe that the job that we’re doing is good enough. I’m not sure at all whether we can bounce back to a position where we compete for championships, because you need to acknowledge that the competition is strong.

“But we will do everything in our power, everything, to set our objectives high and try to reach them.”

November 23, 2022 F1 Comments Off on Hamilton and Mercedes told how to recover from poor 2022 by Horner
NFL News