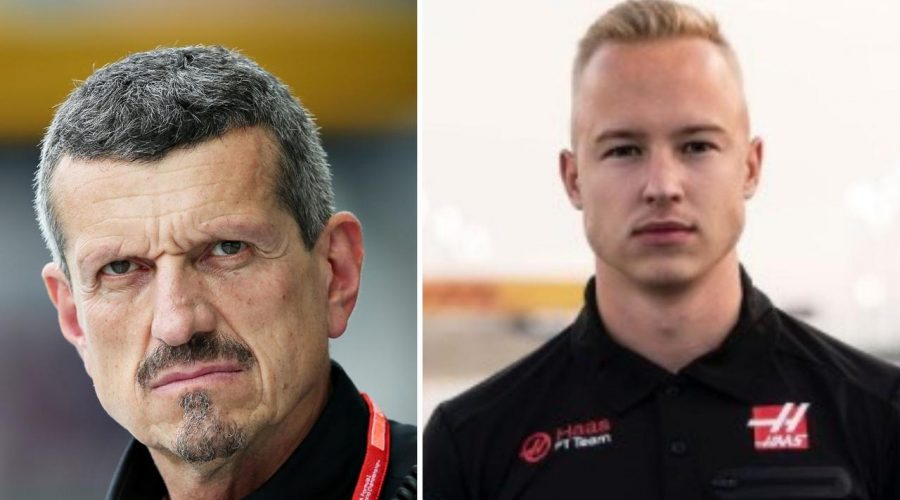 Having sacked both Kevin Magnussen and Romain Grosjean before hiring rookies Nikita Mazepin and Mick Schumacher, the team was probably hoping for a relatively quiet Christmas.

But in early December, vision emerged on social media of Mazepin, the 21-year-old son of a Russian chemicals billionaire, groping a woman’s breasts in a car.

The woman in the clip moves Mazepin's hand before raising a middle finger and swatting the camera away.

The F1 world lashed out immediately with Haas condemning the behaviour and calling the actions “abhorrent to Haas F1 team”.

Mazepin did issue an apology and the woman said it was a misunderstanding and “nothing from that video was serious at all” but it didn’t stop the F1 world from piling into the driver.

Nikita Mazepin hasn’t even debuted in F1 but was already involved in a scandal.Source:Supplied

However, as one reason behind Haas’ promotion of Mazepin and Schumacher was the ability for the pair to bring extra funding to the team, Haas have stood by the driver and he will make his debut for Haas in 2021.

In a column for The Race, Steiner broke his silence on the issue, writing that the Mazepin knew he had done the wrong thing.

“He did something he shouldn’t have done, and we were very outspoken about what we thought about it at the time,” said Steiner.

“He’s apologised and he knows it was wrong, and now we need to work on it to give him the best opportunity to learn from this, concentrate on his racing and ensure he doesn’t do it anymore.

“He knows that. He realises that what was done wasn’t right.

“I’m not the type of guy who kicks in the face someone who’s on their knees – that’s not right.

“This is a young man who needs to grow up and for sure we have dealt with this and we will continue to deal with this.”

Lucky Mazepin gets to stay in F1.Source:Instagram

Steiner continued to say that the team would be trying to educate him further and that the consequences for further scandals would be serious.

“We have put things in place that will help him to get better and make sure this doesn’t happen again; not to make the same mistake again, because this was a clear mistake,” he wrote.

“And he took responsibility, which for me was very important. I always say if you know what you did wrong you can do better. If you are in denial, then it doesn’t work.

“People have an opinion, that’s fine, also internally people didn’t like what happened, and this is why we continue to take this seriously

“But the full details of what we did, and what we are doing – I don’t want to disclose. This is not done and dusted, this is an ongoing thing, we are not moving on like nothing ever happened.”