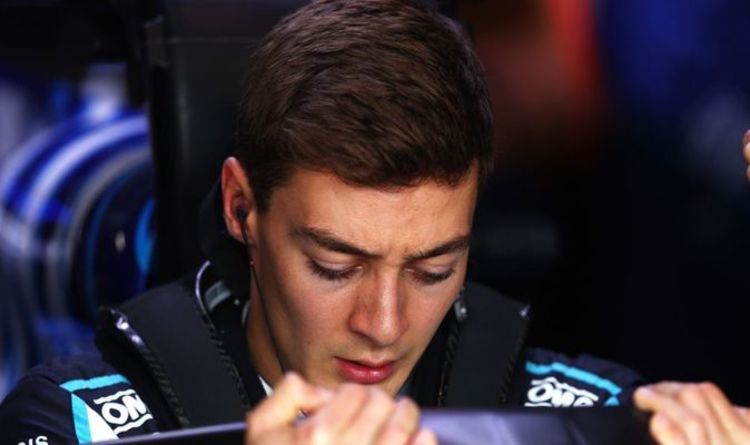 Soon-to-be Mercedes driver George Russell says he has some concerns about Williams’ speed, after struggling for pace over the past few races as the season draws to a close.

After scoring his first points in Hungary, Russell went on a stunning run of form qualifying on the front row in an uncompetitive car at the rain-hit Belgian Grand Prix, just a week after receiving the call from boss Toto Wolff that he would be stepping up to partner Lewis Hamilton at Mercedes.

Russell was also impressive in Russia after qualifying third in Sochi, knowing his fate was now set at Mercedes next season.

However, over the past few races, Williams have found themselves at the back of the grid again, struggling alongside Haas.

The Briton, who is known for excelling on a Saturday in qualifying, has also fallen behind, failing to make it out of the first part of qualifying in Brazil and struggling at the bottom of the timing sheets in Q2 at Qatar.

“Everybody within the team is frustrated with the lack of performance at the moment,” said Russell, speaking after the race.

“We need to go away and understand what’s changed. We’ve got a few indications.

“We’ve always had difficult Sundays but really great Saturdays to compensate and it’s been easier to hang on to a position than to attack for a position given our car pace.

“But for whatever reason, the pace hasn’t been there [lately] on a Saturday either.

“So we need to make the most of it in these last two races [in Saudi Arabia and Abu Dhabi] and seal that P8. That’s the main thing for us at the moment.”

But to add more salt to Williams’ wounds, both their drivers were hit with punctures during the race at the Losail International Circuit, with two other drivers, McLaren’s Lando Norris and Mercedes Valtteri Bottas, also suffering tyre failures.

Russell added: “We actually anticipated that prior to the race. It was just the outside shoulder, that front-left that was a limitation, and it would literally just go at some point.

“The reason for it is that we just didn’t have enough pace in the high-speed corners leading onto the straights.

“The guys were already behind me in the high-speed corners. Even if I’d managed any more they would just have overtaken me regardless.

“Nothing to be disappointed about regarding the puncture. It was just a factor of not having enough speed for the rest of the lap.”