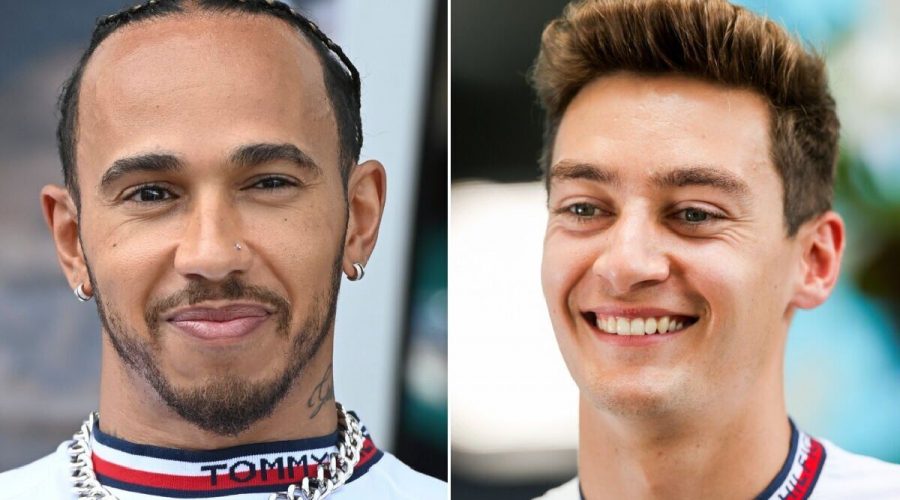 George Russell has been overwhelmingly backed by Express Sport readers to finish ahead of Mercedes team-mate Lewis Hamilton at the end of the current Formula One season after his impressive start to his debut campaign with the team.

The latest Express Sport poll saw readers vote on the current issues plaguing the Silver Arrows. Having won the last eight Constructors’ Championships, Toto Wolff’s team have struggled so far this season and currently sit third in the team standings but are much slower than Ferrari and Red Bull.

Russell has been the surprise package, finishing fifth or higher in all of the five races so far, while Hamilton has endured a tougher start to the year. And of Express Sport’s F1 readers, a resounding 69.3 per cent believe Russell will finish ahead of Hamilton at the end of the season.

The younger of the two Brits currently sits fourth in the Drivers’ Championship, 23 points ahead of Hamilton in sixth. It is a far cry from last season when he finished 15th at backmarkers Williams.

And being the only driver to finish in the top five throughout every race this season, the 24-year-old is extremely well placed to finish higher than icon Hamilton come November. Russell admitted he got lucky after a deployed safety car helped him finish fifth in Miami last weekend, despite starting 12th on the grid.

“You sound like a genius when things like that happen, but it’s something when you’re in a strategy like that, I think we were lucky,” Russell said after the race on Sunday. “We had the seventh position covered, there was no point in going into the pits, the best thing was to stay out and wait for something like that, we had a bit of luck.”

But Hamilton opposed his thoughts after appearing to hit out at his Mercedes team for their inability to make a calculated decision whilst the safety car was out. “We got good points as a team today, so we’ll take them and move on,” Hamilton told Sky Sports.

“In that [Safety Car] scenario, I have no clue where everyone is, so when the team says, ‘It’s your choice’, I’m like, ‘I don’t have the information to make the decision, that’s what your job is’.

“They gave it (the decision) to me, and I don’t understand it, but [it was] just a bit unfortunate.” The next race takes place in Barcelona on May 22.

May 12, 2022 F1 Comments Off on George Russell overwhelmingly backed to leave Lewis Hamilton in the dust
NFL News