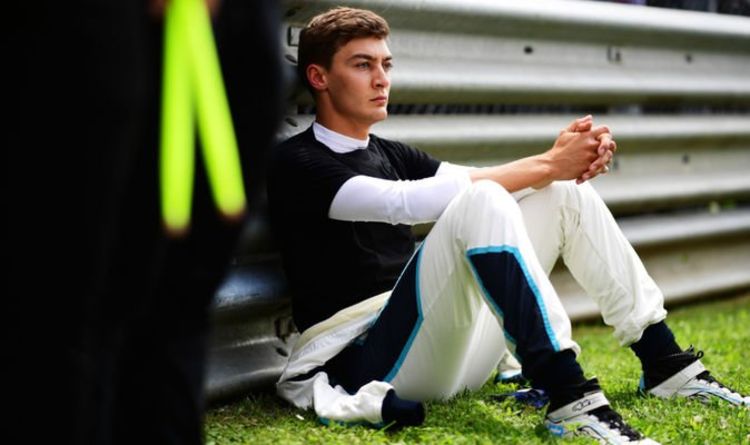 George Russell 'gutted' to miss out on Sakhir GP victory

Last month George Russell set a deadline on when he wants his future to be sorted by and there are now just 21 days to go. Mercedes handed Lewis Hamilton a shiny new two-year contract extension last week.

But all that has done is pile even more attention on the Silver Arrows’ second seat.

Mercedes team principal Toto Wolff is mulling over whether to drop Valtteri Bottas – who has been the perfect wingman for Hamilton – for William youngster Russell.

Russell shone when he deputised for a Covid-stricken Hamilton at the Sakhir Grand Prix last season.

And the 23-year-old is in with a strong chance of driving for the defending world champions next term.

Bottas’ contract is set to expire at the end of the season and he wants his future sorted sooner rather than later.

The F1 summer break is just two races away and Russell does not want to spend the three-week period locked in negotiations.

“I think we’d all have a nice summer break when the season is this intense without messing around with contracts,” Russell said in June.

That means there are just 21 days remaining for the young British star to get his house in order – although he also needs Mercedes to make a decision.

Speaking at the same time, Wolff also admitted that he did not want to wait until the end of the season to get things moving along.

“We don’t want to leave it until January to confirm the two drivers … also to give the driver security or to be able to concentrate on the work,” the Austrian explained.

“Of course there are a lot of balls in the air for the next year and we will always try to do the best we can for the team in the long term and at the same time show full loyalty to our current driver line-up.

“We doubt neither Valtteri nor Lewis, but of course there will be discussions – but not in January next year.”

Mercedes have already locked Hamilton in until 2023 and the seven-time world champion said: “This contract extension has basically been a formality since Toto and I sat down during the winter, so it’s good to put pen to paper, announce it and then get on with business as usual.

“I have been part of the Mercedes racing family for 20 years and I have never been happier inside a team than I am right now.

“We are on the same wavelength both on and off track – and I am looking forward to winning more in the future and shining even more light on the three-pointed star. I’m very confident that Mercedes is the right place to be over the coming years.

“Although we have enjoyed so much success together since 2013, Mercedes is hungrier than ever – from Dr Zetsche and the board members at the top of Daimler, through Toto and the team management, to every single person I meet in the corridors of Brixworth and Brackley.”

July 11, 2021 F1 Comments Off on George Russell has 21 days for his Lewis Hamilton Mercedes wish to come true
NFL News