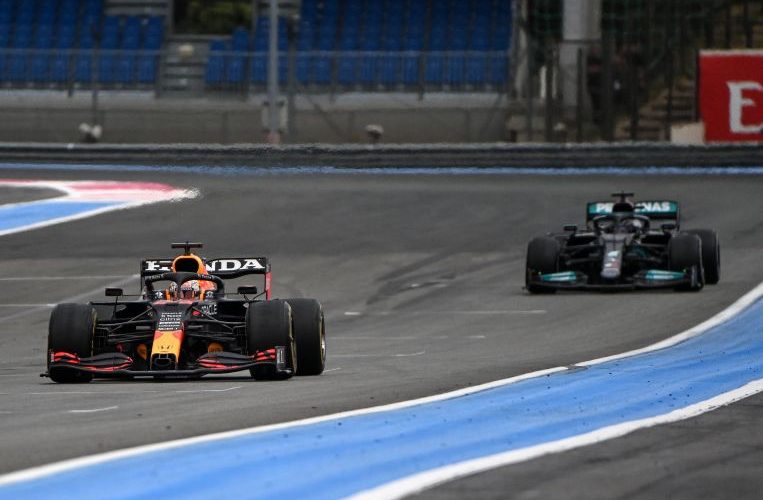 LONDON (REUTERS) – Formula One champions Mercedes have licked their wounds, looked at what went wrong and promised to come out fighting in Austria this weekend after three painful defeats in a row to leaders Red Bull.

The Red Bull Ring, as the name suggests, is a home from home for the energy drink company’s Honda-powered team but Mercedes won both races there last season with Valtteri Bottas and now-seven-time world champion Lewis Hamilton.

“Austria has been a tricky circuit for us in past seasons, but we went well there last year,” said team boss Toto Wolff after Hamilton lost out to Red Bull’s overall leader Max Verstappen at last Sunday’s (June 20) French Grand Prix.

“We know the situation is very different this season, though. It’s a very quick lap and a short circuit, with fewer opportunities to gain time. The margins are going to be tight, so we’ll give it maximum attack.”

Wolff said Mercedes had done the debriefs and understood where they needed to be better.

“Now it’s all about focusing on bringing those improvements to the next two rounds in Austria, where hopefully we can swing the positive momentum back in our favour,” added the Austrian.

Verstappen, a two-time winner in Austria, is 12 points clear of Hamilton after seven races while Red Bull are 37 ahead in the constructors’ standings.

The circuit in scenic Spielberg first hosted back to back races last year when the Covid-19 pandemic forced a rewrite of the delayed season and Austria was the opener.

Unlike then, when the races were behind closed doors, there will be fans in attendance.

Red Bull have not won four races in a row since the V6 turbo hybrid era began in 2014, ushering in an unprecedented period of Mercedes dominance. Mercedes have not gone four races without a victory since 2013.

“It’s a power-hungry circuit, got those long, long straights so we could see something similar to this weekend,” said Hamilton after France.

“Maybe if we maximise absolutely everything we can give them a run for their money.”

Verstappen, tied with Hamilton on three wins apiece so far this season with Mexican Sergio Perez taking the other for Red Bull, recognised past results were no guarantee of future performance.

“We have to again set up the car well there and read the conditions well. I don’t know what the weather is going to be like so I’m looking forward to it,” said the 23-year-old Dutchman. “I’m for sure expecting it to be close again.”

McLaren, third in the constructors’ championship after a double points finish in France, will also be hoping for another strong haul to stay ahead of Ferrari.

Spielberg holds good memories for Lando Norris, who took his first podium and fastest lap there last year, while Daniel Ricciardo is beginning to feel more at home in the Mercedes-powered car.

“I’m looking forward to having another race on the bounce and a double in Austria,” said Australian Ricciardo, who joined from Renault at the end of last season.

“It could be a wet one, maybe even for both weekends. We could get two very different races, you never know.”