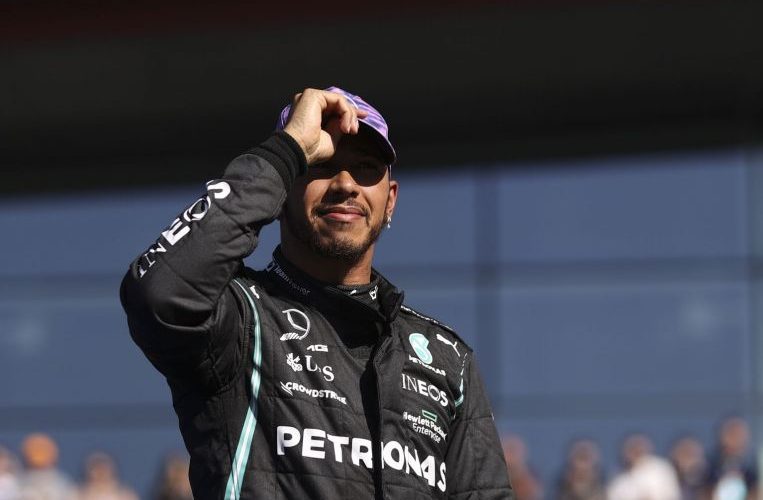 SILVERSTONE, ENGLAND (REUTERS) – Lewis Hamilton promised fans he would bring his “A-game” to Sunday’s British Grand Prix after being beaten by Max Verstappen in Formula One’s first ever Saturday (July 17) sprint race and falling further behind in the title battle.

Mercedes’ seven-times world champion, who has won his home race a record seven times already, warned, however, that it would be tough.

“I need everyone to bring their energy again tomorrow and I’ll come with my A-game,” the Briton told the 105,000-strong crowd at Silverstone.

A capacity attendance of more than 140,000 is expected on Sunday in the biggest sporting event in Britain since the Covid-19 pandemic led to closed doors last year.

Most will still be hoping to see Hamilton, the most successful Formula One driver of all time, celebrate a 99th career victory.

Hamilton had qualified at the front of the grid for the experimental sprint race but lost out at the start as Red Bull’s Verstappen, alongside on the front row, made the quicker getaway.

“I think he had a lot of pace in him today and I don’t think he was particularly having to push too hard, and we were flat-out,” said Hamilton of the difference between his car and Verstappen’s.

“Tomorrow’s going to be tough. If I can try somehow to keep up with them through the stints, maybe we can apply pressure through strategy – but we’re not going to be overtaking them on the track: they’re just too fast.”

Verstappen will start with a 33-point advantage over his closest rival and every chance of chalking up a sixth win in 10 races.

Saturday’s sprint was a 17-lap affair without pitstops while the grand prix will allow more opportunities through strategy.

Hamilton recognised he needed to make a better start, however.

He said he had done everything correctly but for whatever reason the clutch did not deliver and he suffered a lot of wheelspin.

“Their starts are really great this year and we have lost a bit of performance on our starts, so we’ve got to try to work a bit harder to try to improve that because losing positions is never a great thing,” he said.

July 17, 2021 F1 Comments Off on Formula One: Hamilton faces tough task but promises to bring his 'A-game'
NFL News