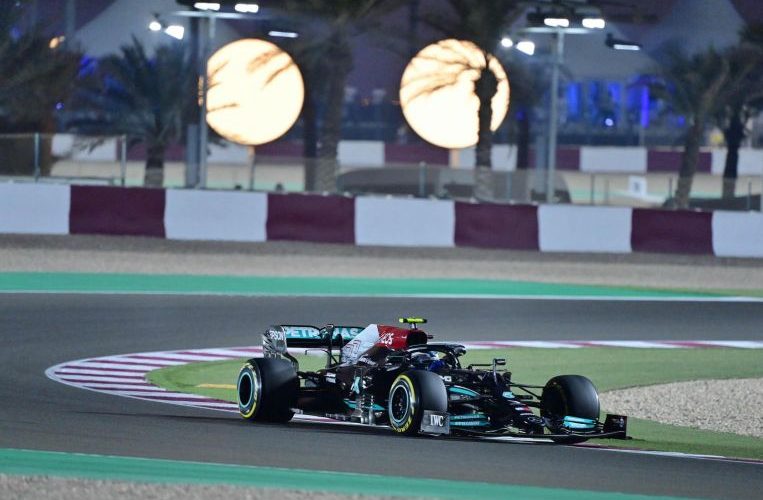 DOHA (AFP) – Valtteri Bottas of Mercedes set the fastest time in free practice on Friday (Nov 19) at the Qatar Grand Prix as the Formula One title fight enters the final three races of the season.

Just 14 points separate Red Bull’s Verstappen from Mercedes star Hamilton after 19 of 22 races this campaign, with grands prix to come in Saudi Arabia and Abu Dhabi next month.

Dutchman Verstappen had clocked the best lap in the first practice run, with Gasly again second, as Hamilton lagged behind team-mate Bottas all day.

Bottas posted a leading time of 1:23.148 as the sun set on the Losail circuit outside Doha, hosting its first F1 race. The track has been a regular on the MotoGP calendar since 2004.

Practice took place as the paddock awaited the verdict of Mercedes’ request for a review of Max Verstappen’s driving during the Sao Paulo Grand Prix last weekend.

After the incident, Hamilton passed Verstappen 11 laps later and went to win the race last Sunday, cutting the gap on the Dutchman.

Mercedes had based its review on the argument that footage from the on-board camera from both cars had not been available when stewards decided not to investigate during the race at Interlagos.

November 19, 2021 F1 Comments Off on Formula One: Bottas quickest ahead of Gasly in Qatar practice
NFL News