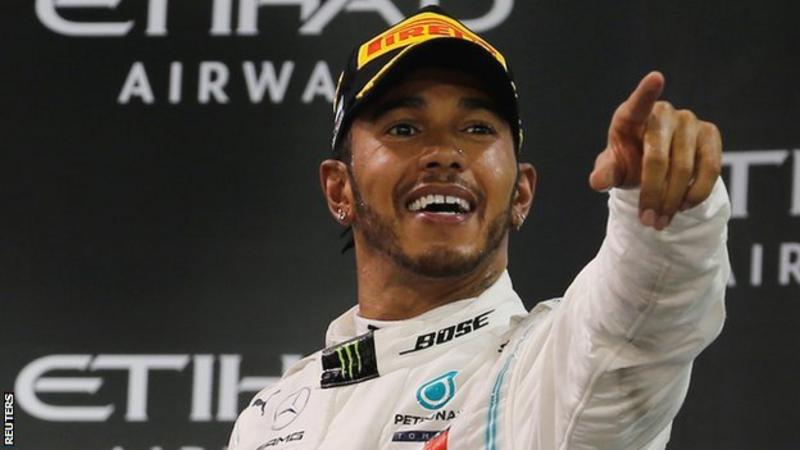 Lewis Hamilton says it is “smart and wise” to consider carefully which team to drive for in 2021.

The 34-year-old has one year to run on his contract with Mercedes and is at the centre of speculation about potential interest from Ferrari.

“I love where I am, so it is definitely not a quick decision to go and do something else,” Hamilton said.

“So it is only smart and wise to sit and think about what I want if it is the last phase of my career.”

The world champion refused to confirm or deny reports that he has met with Ferrari chairman John Elkann twice this year.

“Whatever you do behind closed doors is always private whoever you meet with,” he said.

But he emphasised that he had never thought about leaving Mercedes since joining them at the start of 2013, since when he has won five world championships to add to the one he won with McLaren in 2008.

“For many years, I have never considered other options,” Hamilton said, after winning the season-ending Abu Dhabi Grand Prix.

“We have been on our path and we are still on it and there is very little that will shift it from that.

“Naturally I want to keep winning. I can’t tell you what will happen going forwards.”

Hamilton’s success with Mercedes has brought him to within touching distance of the all-time records in F1 held by Michael Schumacher.

Hamilton’s Abu Dhabi win was the 84th of his career and he is now only seven short of Schumacher’s tally of 91. And next year he will start as favourite to equal Schumacher’s championship record. 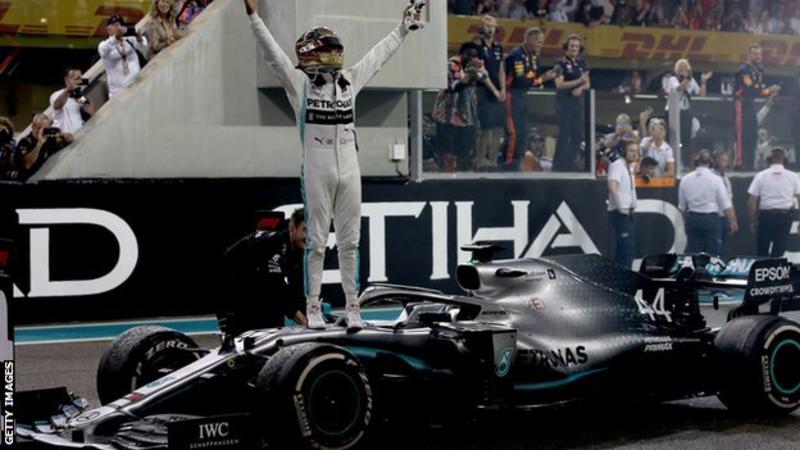 Mercedes F1 boss Toto Wolff said he believed there was a strong possibility that Hamilton would sign a new contract with Mercedes next year.

“I give you the number because I think from the rational side everything speaks for continuation of the relationship from both sides. But equally there is a 25% chance we are not in control of. So we see how the next months pan out.”

Asked about the potential appeal to Hamilton of a lucrative offer from Ferrari, Wolff said: “We have talked very openly about Ferrari and what the brand represents. But for me as long as we are able to produce a quick car and a powerful engine, we will always have an opportunity to decide who drives the car.

“A driver of that level will always know he can make an impact in a team. What I am considering is when he left McLaren to Mercedes it was said it wasn’t the right move and it proved to be right.

“I don’t want to make the mistake of underestimating Ferrari’s potential. I don’t want to see a sense of entitlement for us to win a seventh or eighth title.

“We need to stay humble about success and it is not just saying, it is really what I mean. If you look at it from a rational stand-point everything speaks for the fact of us continuing together but there might be other factors, too, a new challenge an exciting deal that you don’t always factor in, but I give this a 25% chance.”

Related posts:
December 1, 2019 F1 Comments Off on Formula 1: Lewis Hamilton says he is considering which team to drive for in 2021
NFL News