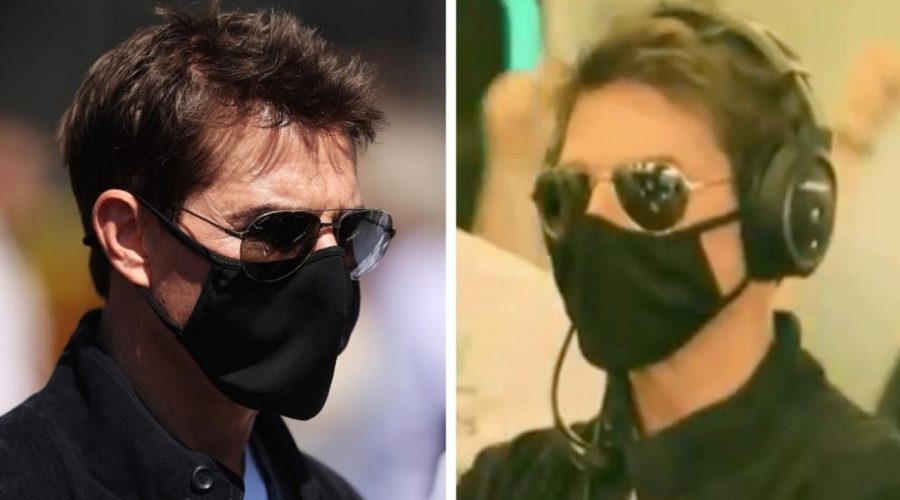 Hollywood superstar Tom Cruise has crashed the party of another iconic sporting event, spotted in the Mercedes garage at the British Grand Prix on Sunday.

Cruise celebrated as emphatically as anyone in the Mercedes garage as Hamilton sped past race leader Charles Leclerc on Lap 50.

The 59-year-old actor, who has been filming the latest Mission Impossible instalment in England, chatted with Formula 1 chief executive Stefano Domenicali before lights out and embraced Hamilton after the victory.

In the past week, Cruise has been fortunate enough to witness the men’s and women’s singles finals at Wimbledon and the Euros final between England and Italy.

The legendary Harrison Ford was also in attendance at Silverstone, seen in the Williams garage on Sunday.

Tom Cruise continuing his major British sporting events tour, hanging out in the garage area of the #BritishGP with Harrison Ford. pic.twitter.com/u4YcozDEqC

Find someone who looks at you the way Tom Cruise looks at Lewis Hamilton pic.twitter.com/4y2lg0nfTF

I'm expecting Tom Cruise to turn up at my cricket club next week. Why not? He's been at every other sporting event in the UK in the last week.

Wouldn’t be surprised if I found Tom Cruise in my kitchen tonight, bloody everywhere that man

Tennis fans turned their fury on the actor for hogging the spotlight – and broadcasters and the official Wimbledon social media accounts for pointing it at him.

Cruise appeared to be lapping up the attention as he stood and waved to the crowd and posed for photographs with fans.

Hamilton overcame a 10-second time penalty to take the race lead with less than three laps remaining to win a dramatic race at Silverstone, where he was eventually penalised two championship points for his involvement in a horror crash with Red Bull’s Max Verstappen.

Replays showed Hamilton nudging championship leader Verstappen off the track and into the tyre wall at 289 km/h on the opening lap.

The Dutchman walked away unscathed, undergoing a medical examination at the track before being taken to a local hospital for further tests.