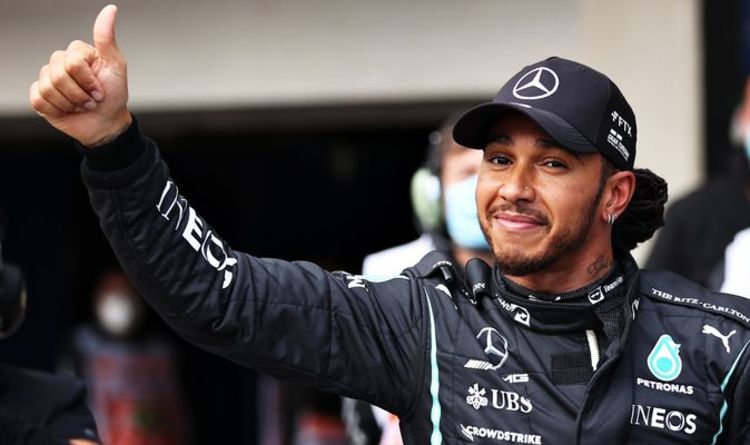 New FIA president Mohammed Ben Sulayem has messaged Lewis Hamilton in a bid to resolve the star’s future in F1. Speculation is mounting that Hamilton, 37, may yet retire from the sport following the controversial Abu Dhabi Grand Prix in December – a race which ultimately cost him the drivers’ title.

The British driver seemed to be cruising to the chequered flag before the dubious safety car procedure that saw race director Michael Masi alter his initial instructions to drivers, thereby ensuring a final lap of racing – which allowed Verstappen, on fresh tyres, to overtake his rival.

Mercedes duly launched two protests over what transpired, but both complaints were dismissed, with the Silver Arrows then serving notice of intent to appeal.

However, the team later released a statement confirming they would not be triggering that option, despite team boss Toto Wolff telling reporters that Hamilton was “disillusioned” with events at the Yas Marina.

And sure enough, despite acting with real dignity in the immediate aftermath of the race, the 37-year-old is yet to break his silence since amidst reports he may not return for the 2022 season.

The FIA have now begun a full inquiry into what happened in Abu Dhabi, and have vowed to present all conclusions to teams by February 3 – the date of the next World Motorsport Council meeting.

All drivers, stewards, and officials involved in the drama, along with Masi himself, will be interviewed during what the organisation have promised will be a “transparent and thorough” investigation.

Peter Bayer, the FIA’s secretary general of motor sport, is leading proceedings but Ben Sulayem, who took over from Jean Todt just five days after the season finale, is also involved and has reached out to Hamilton.

“Mohammed Ben Sulayem has come in and made it a mater of urgency that this gets sorted out,” reported Craig Slater, of Sky Sports F1.

“He is taking personal involvement himself, he has texted Lewis Hamilton for example, and he wants to get this done properly as soon as it can be done.”

Slater also insinuate that the key to Hamilton’s future rested with the eventual outcome of the findings.

“Mercedes and Hamilton are waiting to see what the FIA come up with and if it’s something substantial enough, then yes, they’ll carry on,” he continued.

“But don’t rule out Lewis not carrying on if the findings don’t signify the change they expect or hope for.”

“I think he is not 100% ready yet [to respond] and I understand his position.

“There are also rules that must be accepted by all drivers. For me there is no particular team or driver above the respect for the integrity of the FIA.”