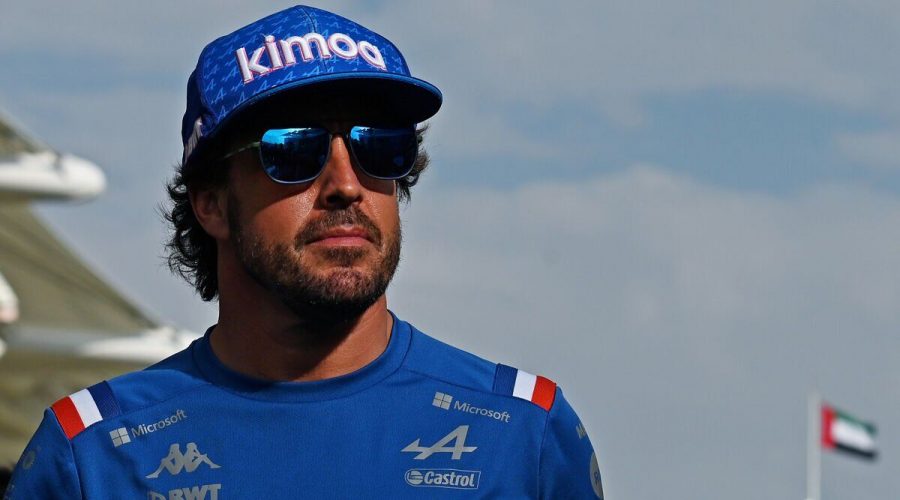 Fernando Alonso has hinted that Aston Martin will bring a whole new car to the table next season in a major blow to their midfield rivals. The Spaniard stressed the team’s current package is “not anywhere near” what is in the pipeline for 2023.

Alonso made the comments after his first run in an Aston Martin during today’s Abu Dhabi test session. The double world champion completed 97 laps in the morning session as he got his first taste of the team since switching from Alpine.

Alonso explained: “Next year, the car is going to be nearly new on everything. So there is not much point really to develop this idea much or anything like that. It was more about controls and other things. I was happily surprised with everything but this year’s car is not anywhere near what we will run next year.

Alonso’s move to the British squad to replace Sebastian Vettel was mired in controversy over the summer. Alpine boss Otmar Szafnauer said he only found out about Alonso’s move when the official announcement was made.

He suggested Alonso’s departure came as a shock as the pair were in discussions over a deal to keep the former Ferrari man at the French manufacturer. When asked if he felt confident in Aston Martin’s chances after his brief run, Alonso was brimming with confidence.

He explained: “No, I’m much more optimistic now. When I signed for Aston Martin [in July], I was 90 per cent happy. When they started improving and they finished the season on a high, I was 100 per cent.

“This morning, I was 100 per cent, now I’m 100+!” However, it was not all smooth sailing for the 41-year-old as he admitted to struggling with the cockpit.

Alonso revealed there were some “small things” which needed to be updated but accepted most of the tweaks were down to simple comfort issues. He added: “First the seat, because it’s a little painful on the left side.

“Obviously, we did 97 laps compressed in one morning, so it was quite extreme.”