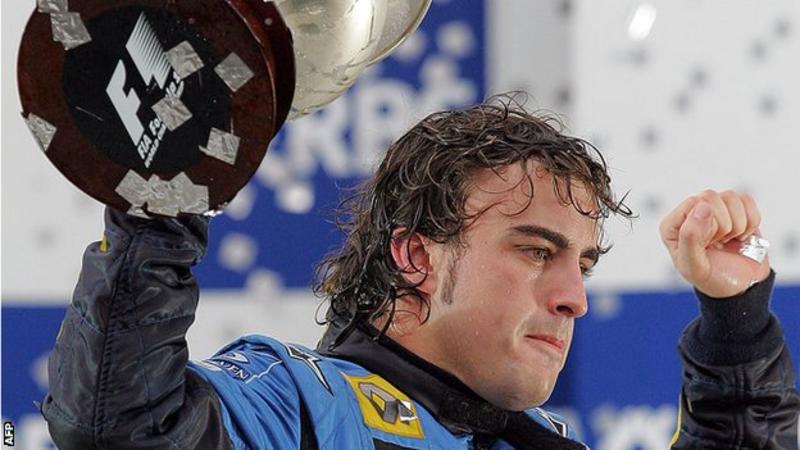 Fernando Alonso has made an impassioned plea for people to believe he is leaving Formula 1 because he feels he has nothing else to achieve.

“I stop because I want to, not because I am being forced to,” Alonso said.

“I want to stop because I achieved in F1 more than I dreamed of and it’s time to achieve bigger things outside F1.”

Alonso, 37, was responding to the suggestion F1 bosses should think about what it says about the sport that he was unable to find a competitive car.

The Spaniard is a two-time world champion, regarded by many as one of the best drivers in the world, and is hoping he can win the Indianapolis 500 next year in IndyCar.

That, if he can secure a drive and achieve it, would make him only the second man in history after Graham Hill to achieve the so-called ‘triple crown’ of motorsport, of Indy 500, Le Mans and Monaco Grand Prix.

The McLaren driver expressed his frustration that people were not properly reflecting his reasons for leaving F1.

“In F1, there is always the feeling of here is the biggest thing in the world and if someone goes, people don’t understand that maybe he wants to go,” he said.

“But I don’t want even to try. I want to stop next year because I think I can be a better driver, more complete driver and better for my career outside F1 because this chapter is already done with a lot of success in my opinion and maybe there are other things outside F1 that I need to conquer. I didn’t succeed in other areas of motorsport and I will try those.

“I have been saying the same since August. I stop because I did everything I wanted in F1. I arrived in F1, I won grands prix, I won championships, I broke records, I drove for McLaren, for Renault, for Ferrari, I am 37 years old and I cannot do more in F1.”

He added that he was leaving F1 with happiness, not regret, and used the example of the Mexican Grand Prix organisers giving out Alonso face masks to the crowd for the weekend as an example of the standing in which he is held.

“I always felt a lot of respect all my career in F1,” Alonso said. “I have been always considered by the team owners, by the team principals, always respected and highly rated.

“So I feel very privileged of racing for those teams, have the respect of my team-mates, other drivers, you guys, the media.

“It has been perfect. It is the perfect time to stop and I feel perfect now.

“So tomorrow or next week, ‘it is a sad thing I am leaving,’ when I had the respect of all the team principals, the teams, I raced for the best manufacturers, I have been paid a lot more than when I was in go-karts thinking about my salary in the future, I have a wonderful life, I arrived in Mexico and they give 30,000 faces for the grandstand to say goodbye.

“In Abu Dhabi it will be the same. I feel so privileged, so happy, so respected around the world, so I can only say thank you, and it has been a perfect journey, not a sad journey or a sad end.

“But I know it doesn’t matter what I say because it is what the general opinion wants to think or wants to see.”

October 25, 2018 F1 Comments Off on Fernando Alonso says he is leaving F1 as he has nothing else left to achieve
NFL News