F1’s ALTERNATIVE end of season awards: We all know who the best driver is, but who scoops the gongs for biggest flop, worst tantrum, most shocking crash… and best boobytrap?

It took a while to get going, but even in another Formula One season dominated by Lewis Hamilton and Mercedes there was plenty of entertainment on offer across the 21 races.

Mercedes never looked in danger of relinquishing their grip on the drivers’ and constructors’ championships but the year still offered some of the most exciting races seen in recent years – especially in the second half of the campaign.

So as Hamilton and Mercedes bask in the glory of a sixth world championship, Sportsmail looks at the good and the bad and hands out its post-season awards. 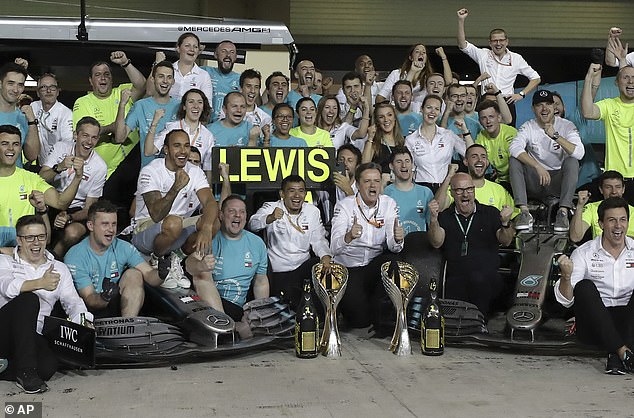 Part of what made the German Grand Prix so entertaining was the way the run-off area at the penultimate corner caught so many drivers out.

In the wet conditions, many tried to use the tarmac out wide as a run-off for getting the corner wrong, unaware that the drag road surface was more slippy than expected and had about as much grip as an ice rink, thus sending drivers into the wall.

It was deceiving enough to catch out even Hamilton, as he lost his front wing to throw away victory. Leclerc also binned his winning chances, while Nico Hulkenberg fell into the same mistake, costing him what looks like being the only F1 podium of his career. 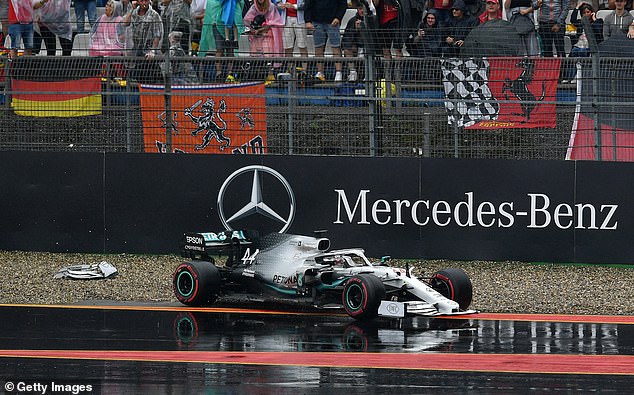 Vettel will very quickly want to forget another error strewn year – especially the one that cost him the Canadian Grand Prix albeit in very harsh circumstances.

After running wide while leading under pressure from Hamilton he emerged back on track in front of the Brit, only to then be handed a five-second time penalty for dangerous driving.

With Hamilton inheriting the win, Vettel stormed to parc ferme like a teenager having a strop and switched the Brit’s first place plinth with his second place version, much to the cheers of the fans trackside sharing his sense of injustice. 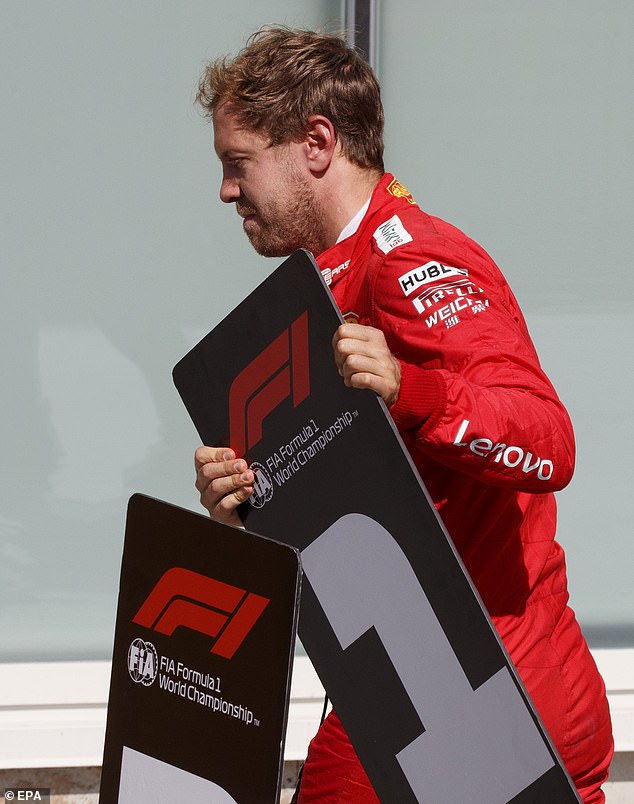 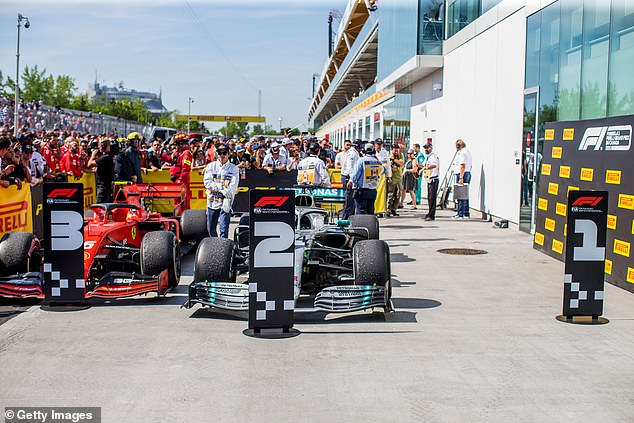 With teams knowing the slipstream was crucial to record an optimal lap time, no driver was willing to lead the way in exiting the garage for the final runs during Monza’s pole position shootout.

Once a driver did blink and exit the pit-lane they went as slow as they could to try and invite others to overtake.

The result was a parade of cars touring the track as slow as possible, so slow in fact that only two managed to get back around in time before the end of the session to start a lap – and one of those was the polesitter Leclerc. 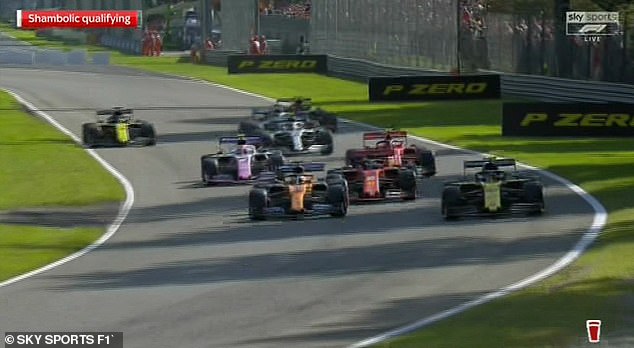 It was job done for Verstappen. He had taken pole position for the Mexican Grand Prix, and avoided an investigation for speeding under yellow flags following a Valtteri Bottas crash.

That was until he opened his mouth in a post-session interview, indicating he had not lifted off the throttle under the yellows – sparking an investigation into his lap.

As a result he was handed a three-place grid penalty, which led to a tangle with Lewis Hamilton at the start and later Valtteri Bottas, causing him to pick up a puncture and an eventual fight through the field to sixth. In reality he should have been fighting for victory. 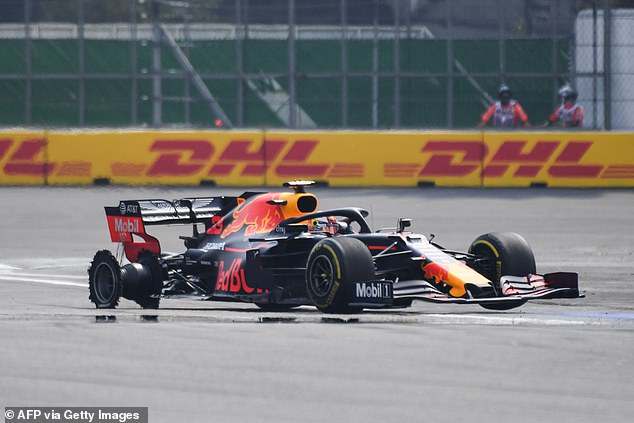 Disaster always seemed to around the corner for Ferrari in 2019, even when they looked like being in the strongest of positions.

Some of it was sheer bad luck but more often than not it was down to errors that no team contesting a world championship should be anywhere making.

But summing up their season was the clash between Vettel and Leclerc while fighting for fourth in Brazil. Vettel looked to have squeezed past his team-mate on a straight only for a faint touch to give both drivers a puncture and send them out of the race.

Leclerc spun out spectacularly, Vettel was forced off the circuit moments later as a whole pitlane rolled their eyes at yet another Ferrari shambles. 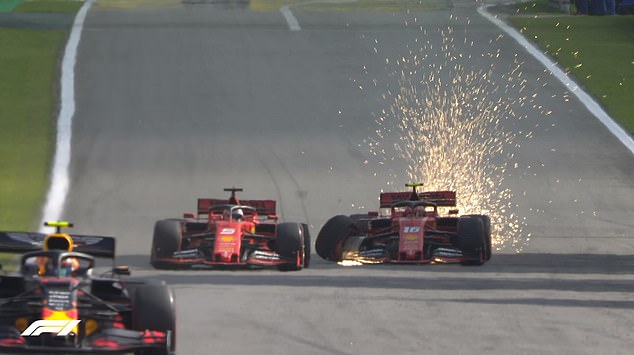 There was so much promise heading into the new season at Ferrari. They looked legitimately the fastest team in testing and boasted a strong line-up in the four-time champion Vettel and ultra quick youngster Leclerc.

But then Mercedes turned up in Australia, scampered away to an easy one-two finish and left everyone wondering what on earth had happened to everyone’s pace at Maranello.

The mistakes then piled up throughout the year from the team strategists, pit crews, a confidence shot No 1 driver and his team-mate who often let youthful exuberance cloud better judgement. Everyone seemed to be dropping the ball.

In the end neither driver ever got close to a championship battle and were even beaten by Red Bull’s Verstappen. It’s back to the drawing board at Maranello again. 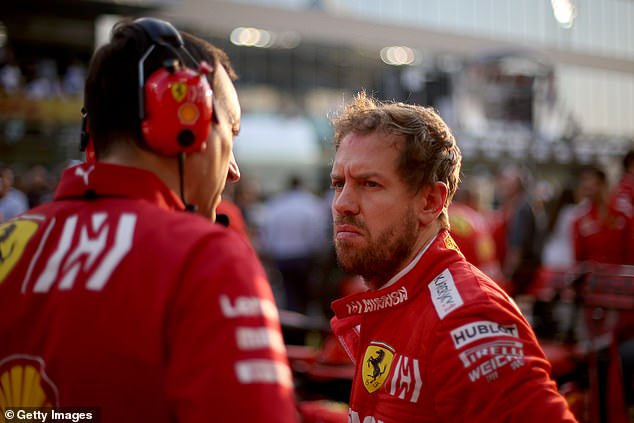 Vettel and Ferrari endured a poor season, as title hopes made way for an error-strewn year

AND HERE ARE THE SEASON’S REAL WINNERS…

Granted, he has the best car but so does Valtteri Bottas and he finished nearly 100 points in front of his Mercedes team-mate to win a sixth world championship.

He is fast closing in on two of the F1 records held by Michael Schumacher that many thought would never be beaten and which are now under serious threat.

One more world title will see him title equal Schumacher’s seven while he is now only seven off the German’s 91 wins following a campaign where he equalled a personal record for victories with 11. It underlined how close to faultless he has been in 2019 and almost throughout the last half-decade. 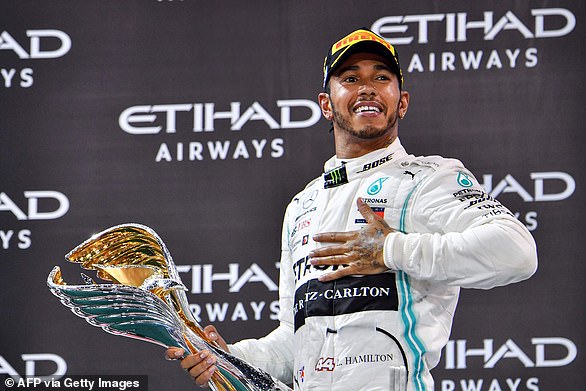 It is perhaps the boring choice but you just cannot look past the extraordinary achievements of the Silver Arrows.

The first five races brought one-two finishes and by then it was almost certain they were going to win both championships for a sixth consecutive year. If nothing else you have to admire the constant high levels of motivation to succeed at the very top.

The dominance is unprecedented. McLaren in the 80s, Williams in the 90s and Ferrari in the 2000s – none were able to sustain the long term success that Mercedes have had since 2014. And they do not look like slowing down anytime soon…

The chaos that a sprinkle of rain can bring. When wet conditions strike a grand prix it often brings entertainment with it. But even Hockenheim this year over-delivered on the drama.

Mercedes and Hamilton made uncharacteristic errors in the wet. Ferrari played their party trick by throwing away victory when Charles Leclerc also spun out, and it allowed Max Verstappen to steal in to claim victory ahead of Vettel and Daniil Kvyat – who claimed Toro Rosso’s first podium for 11 years.

It was also the venue of Williams’ only point of the year with Robert Kubica returning to the top 10 for the first time since his career damaging crash in 2011. 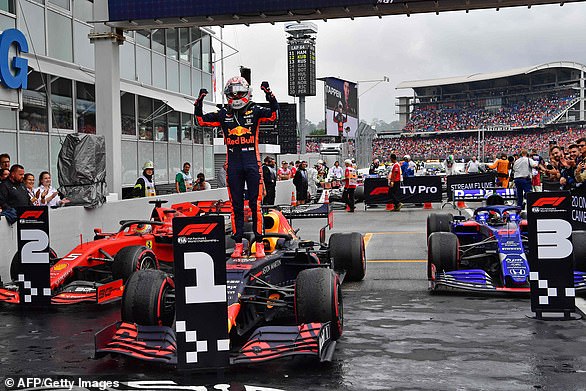 Three drivers made their debuts this year and all of them managed to see out the season with their reputations at the very least intact.

Alex Albon’s promising showings with Toro Rosso earned him a seat with Red Bull during the year and then for 2020 too, while George Russell did all he could do in convincingly outpace his Williams team-mate Kubica at the back of the grid.

But Lando Norris faced one of the biggest tests in going up against Carlos Sainz at McLaren and although he lost out over the season was competitive enough to be rewarded with another year alongside the Spaniard. 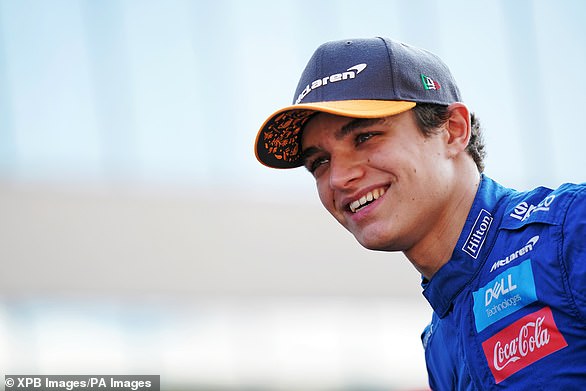 There were many to pick from including Hamilton’s late hunt on fresh tyres to reel in Verstappen in Hungary, as well as the Dutchman’s performance to pass the world champion twice to take victory in Brazil.

But Leclerc showed pace, maturity and calmness beyond that expected of his young years when he was under severe pressure from Hamilton (and the Tifosi) to win the Italian Grand Prix.

He chanced his luck at times with questionable tactics to keep the Brit at bay, but he held his nerve and delivered a famous home win for Ferrari – their first since 2010.