F1 and the FIA made the decision to postpone the Chinese Grand Prix due to the coronavirus outbreak in the country and fans are urging the sports governing body to bring back the German Grand Prix at Hockenheim as an alternative.

The Chinese Grand Prix was originally scheduled for 19 April and as it is now not scheduled to go ahead it leaves a four-week gap in the race calendar.

As it currently stands there will now be a month gap between the Vietnamese Grand Prix on April 5 and the Dutch Grand Prix on May 3.

However, fans are calling on F1 to reinstate Hockenheim if the race in Shanghai won’t be going ahead.

One fan said: “Just bring back Germany, Hockenheim instead of China.” 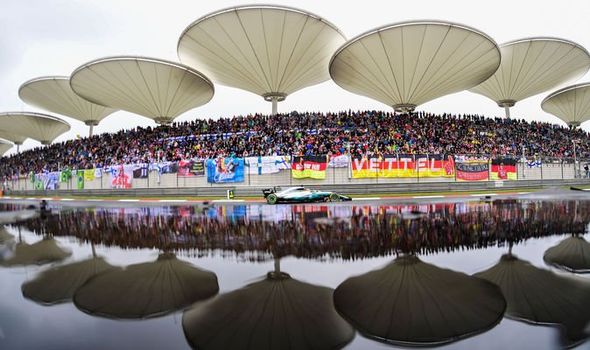 While another added: “Hockenheim ftw.”

A third pleaded with the FIA to bring back a German Grand Prix, they said: “Move it to Hockenheim.”

Another felt moving the Chinese GP to another date would pose a problem for teams as they now would face competing in three-straight races, they said: “There are some potential gaps later in the season but it means teams taking on a triple header.”

One fan admitted they were disappointed about the prospect of such a long break now occurring during the season, they said: “Hopefully they can find another date for the race. There is going to be a big gap now. Not happy.”

Fans experienced a sensational race at Hockenheim for the past two years, as Red Bull’s Max Verstappen won last season in one of the most memorable moments of 2019.

Despite the rainy conditions Verstappen managed to clinch victory in front of a grandstand packed with supported donned in orange.

Ferrari’s Sebastian Vettel also produced a memorable drive in front of his compatriots as he went from 20th on the grid to finish second, as seven drivers failed to finish the race.

But funding has been an issue for Hockenheim to continue funding a race. 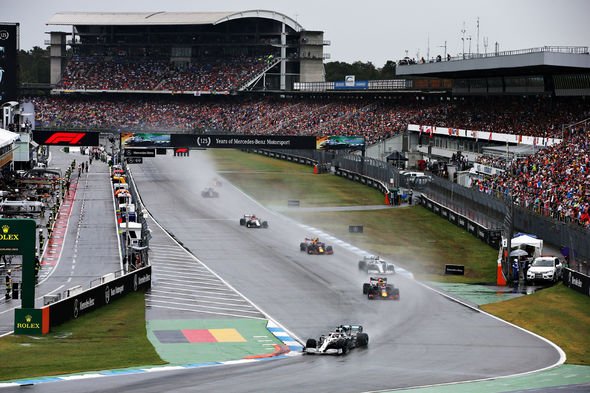 However, Formula 1’s global director of promoters and business relations Chloe Targett-Adams has previously explained that the German GP could return because of the support in the country.

“With Germany, we knew it was going to be tricky [to keep it on the calendar], Targett-Adams said last year.

“It was touch and go with the last renewal, but – with the support of the circuit, the Hockenheim municipality and with Mercedes as title sponsor – we were able to extend for a year, but that wasn’t possible for 2020.

“It’s sad that F1 will not be in Germany next year, although we will see what happens in the longer term.

“There is a strong pipeline of interest from other interested regions, cities and parties. It’s great to have that level of interest even when you are leaving a territory.”