Lewis Hamilton will be looking to put on a performance for the fans during Brazilian Grand Prix qualifying after winning his fifth championship title last weekend.

Hamilton sealed the title at the Mexico Grand Prix after his fourth-placed finish, with Red Bull’s Max Verstappen claiming victory ahead of Sebastian Vettel.

And Vettel and Co will aim to lay down a marker on Saturday during qualifying as they look to put an end to Hamilton’s dominance within F1.

And we are underway during the 15 minute Q2 segment.

And that’s that from Q1.

Following the 18-minute segment, Sainz, Hartley, Alonso, Stroll and Vandoorne have been eliminated.

Verstappen, the man who won in Mexico, has the fastest time currently.

The top five as it stands:

Verstappen has still set the quickest lap. We are currently waiting for the drivers to start their second laps!

Everyone is keen to get a fast time in and Bottas has already been ‘blocked’ on the final corner, which explains his slowish time.

Leclerc with a brilliant time but Hamilton then beats it.

Raikkonen then manages to pip the five-time world champion by 0.012s but Verstappen (1m 08.205s) comes out on top.

The five slowest cars will be eliminated from the 18-minutes Q1 segment. And the action starts very very soon now…

Dark clouds are gathering and rain could be on its way. There is a 60% chance… this could be very interesting!

Just under 10 minutes left until we get underway for qualifying.

Can Vettel keep up his good form from practice or can Hamilton continue his dominance?

There are penalty woes for both Daniel Ricciardo and Esteban Ocon.

The Australian required a new turbocharger, while Ocon used a new gearbox. They will start five places below their qualifying position…

Lewis Hamilton’s Mercedes boss Toto Wolff insists he is not motor racing’s ‘Special One’, despite being on the verge of leading his team to another world championship.

After Hamilton, 33, wrapped up the individual honours at the last round in Mexico a fortnight ago, Mercedes will become only the second team in Formula One history to win five consecutive constructors’ titles if Ferrari fail to outscore them by 13 points at Sunday’s penultimate round of the season in Brazil.

As team principal, Wolff, 46, has been a permanent fixture in Mercedes’ almost unprecedented run of success, while Hamilton has also flourished under the Austrian’s relaxed style of leadership. 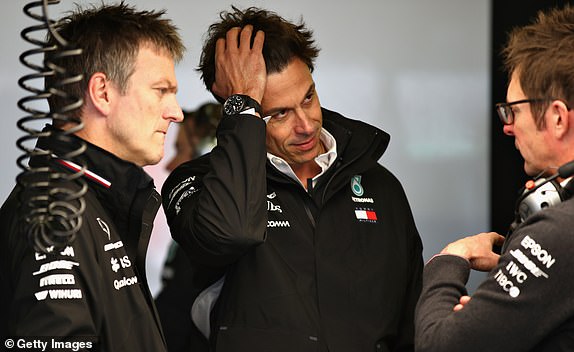 Ferrari’s Sebastian Vettel kept Mercedes off the top of the timesheets with a track record time in final practice for the Brazilian Grand Prix on Saturday.

The German, his Formula One championship hopes already over for another season after Mercedes rival Lewis Hamilton won his fifth title in Mexico last month, produced a best lap of one minute 07.948 seconds.

Vettel’s time was about half a second quicker than last year’s pole position, set by Mercedes’ Valtteri Bottas, at Interlagos. 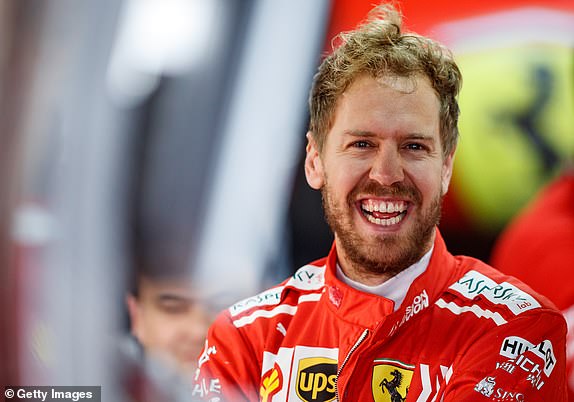 Hello everyone and welcome to Sportsmail’s live blog from Brazilian Grand Prix qualifying.

Follow all the action right here to see who will be sitting on pole ahead of Sunday’s big race.