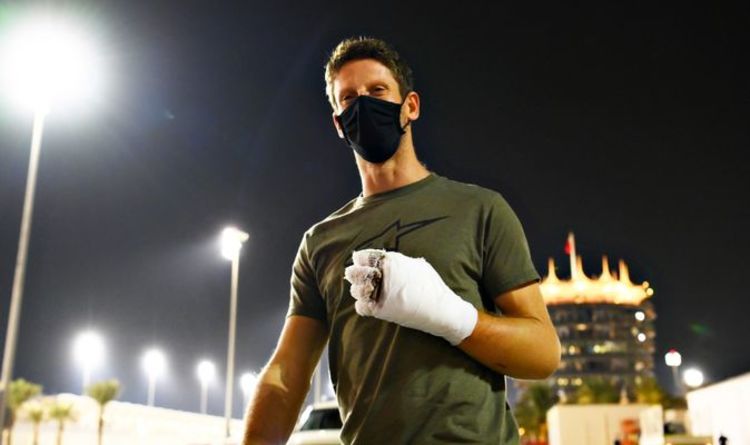 Former Haas F1 Team driver Romain Grosjean has given fans a glimpse of the shocking injuries sustained to his hands during the Frenchman’s violent crash at last year’s Bahrain Grand Prix. Grosjean slammed into the barriers at 137mph while jostling for position on the first lap of the race, causing his car to immediately burst into a dramatic fireball as it tore in half.

The 34-year-old, who is without a seat for the upcoming season, was stuck in the middle of the flames for nearly 30 seconds before managing to free himself from the wreckage.

The ten-time podium finisher was helped to safety by marshals and promptly admitted to hospital after suffering serious burns to his hands during the struggle.

Grosjean took to Instagram on Tuesday to express his delight at the removal of his bandages, almost two months after the horror incident.

He posted a snap of himself at home accompanied his cat, Petrus, with the nasty consequences of his crash still clear to see.

The backs of Grosjean’s hands appeared to be looking extremely sore and tender as the burns continue to heal. 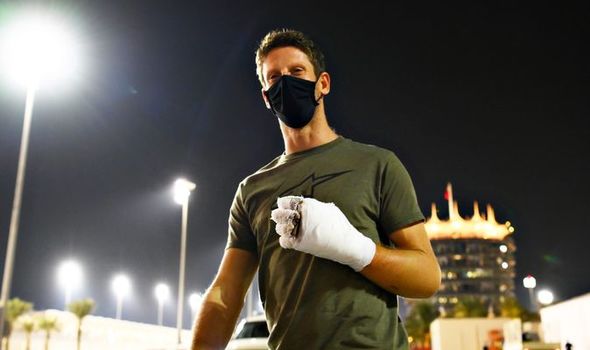 The French driver also included a second, more graphic image which shows the full extent of the situation and is certainly not for the faint hearted.

Grosjean captioned the post: “My hands are back and Petrus isn’t too unhappy about it! It’s not yet pretty so please don’t swipe right [to view the second photo] if you don’t feel like it.”

It was announced in October that the 34-year-old, along with team-mate Kevin Magnussen, would both be dropped from the Haas driver lineup for 2021.

Rookie pairing Mick Schumacher and Nikita Mazepin were eventually confirmed as their replacements.

Despite looking set to miss out on an F1 campaign for the first time in ten years, Grosjean revealed earlier this month that he remains optimistic about his prospects for the year ahead. 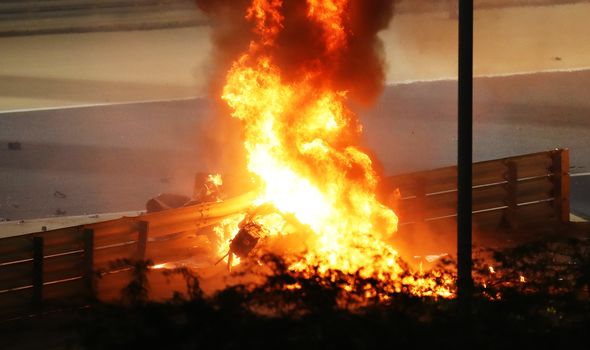 “I think first things first, [I’m] recovering my hands with full mobility and being healthy,” he told Racer.

“I’m working psychologically, obviously that was a big shock. And I would lie if I said the image doesn’t come back sometimes. But I think Romain Grosjean will be racing.

“I think Romain Grosjean was born to race and wants to give more to motorsport. But also would like to give motorsport safety and experience and everything I went through.