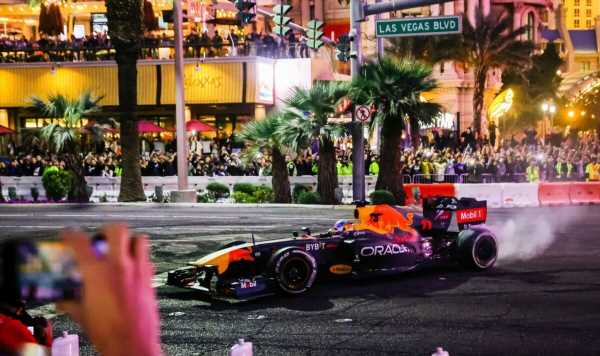 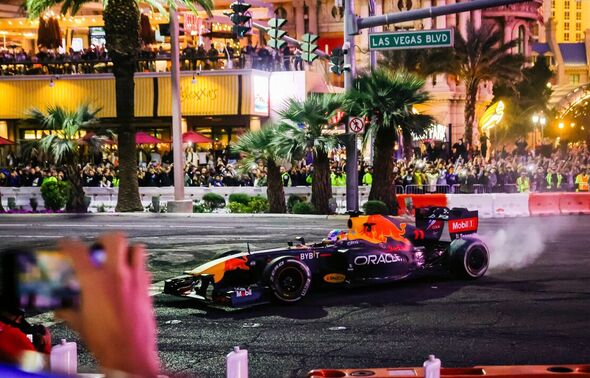 The Las Vegas Grand Prix is expected to bring in double the amount of money as the Super Bowl with both events coming to ‘Sin City’ within the next 12 months. The launch for the F1 event took place last November, with fans wowed by the sight of a Red Bull car being driven through a casino whilst the likes of Lewis Hamilton seared around the street circuit.

The night race will be one of three American races on the 2023 schedule, with events in Austin and Miami also being retained. Only this week, organisers for the latter confirmed they had made a financial investment into improving the venue and track despite attracting more than 240,000 fans over the three days last year.

In February 2024, Super Bowl LVIII will also come to Vegas when the Allegiant Stadium hosts NFL’s marquee event. The £1.5 billion stadium opened in July 2020 and is the home of the Las Vegas Raiders, and the event will signify the first time the Super Bowl has been played in the state of Nevada.

But experts think it will be no contest as to which of the two extravaganzas proves the most lucrative. According to a report by Front Office Sports, the F1 weekend from November 16-18 is expected to bring more than £1 billion of spending into the city.

That figure incorporates a projected £800 million in visitor spending, and more than £260 million in other revenue. Organisers are also readying themselves for more than 300,000 visitors over the three days, given the novelty factor around the inaugural race.

The company that compiled the forecast, Applied Analysis, also conducted a similar projection for the 2024 Super Bowl. However, they only envisage that associated events would bring in just short of £500 million worth of profit to the city.

The demand for tickets for the Grand Prix weekend are already in high demand. Ticket prices range from over £400 for a three day admission pass, to £2,000 for the best seats in the grandstand.

At the official launch, the Mercedes duo of Hamilton and George Russell joked that they feared the outside distractions in Vegas. Hamilton said the pair could do an “all-nighter” if both ended up on the podium.