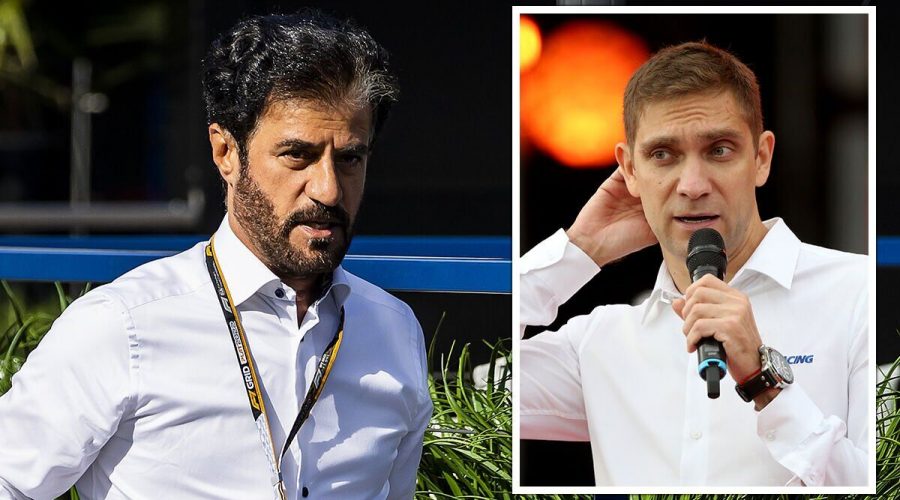 Mazepin hits out at Haas over contract termination

F1 champions are “not valid” until Russian F1 drivers are allowed to return to the sport, according to ex-driver Vitaly Petrov. The former Renault and Caterham driver hinted F1 had to “stop being afraid” of allowing Russian athletes to drive.

He stressed the move to sideline drivers from the country was “not acceptable” and a move he “didn’t understand”. He told Russian newspaper Sport-Express: “Without Russia, I don’t consider a single champion or Olympic title to be valid.

“We have to stop being afraid of our people and bring Russia back into world sport. For me, it’s not acceptable. I don’t understand at all this absurdity of imposing certain opinions on people. We can use the current situation as an impetus for the development of motorsport, training young people to guide them further into the future.”

The FIA has not banned Russian drivers from the sport completely with stars from the nation free to compete.

However, FIA president Mohammed ben Sulayem said Russian competitors could not be represented by their national flag. Instead, they would have to take part in the series under their “neutral capacity” with an “FIA flag”.

But, their ability to compete in the championship would be severely restricted due to a UK ban. The British motorsport body has refused to recognise licences from Russian drivers meaning stars would be banned from the race at Silverstone.

Russian driver Nikita Mazepin was axed by Haas ahead of the 2022 season as the war in Ukraine escalated. The former F2 star has since started legal action against the American manufacturer after alleging the team failed to pay part of his salary.

On losing his drive, Mazepin stressed he “didn’t imagine” the situation unfolding how it did.

He explained: “I was very disappointed with the way it was handled. I was told if the FIA allowed me to compete on their rules, and I agreed to them, there would be no actions to remove me from the seat. I have not heard from the team since it happened and I learnt about the firing of me the same time it was released to the press.

“I am a young man and I was not ready for it. I did not receive any hint, or any support, or be told that this is the decision we have taken. I learnt the same time as you did. I lost my dream which I have been working towards for 18 years. I didn’t imagine the situation of losing my drive would happen so soon.”