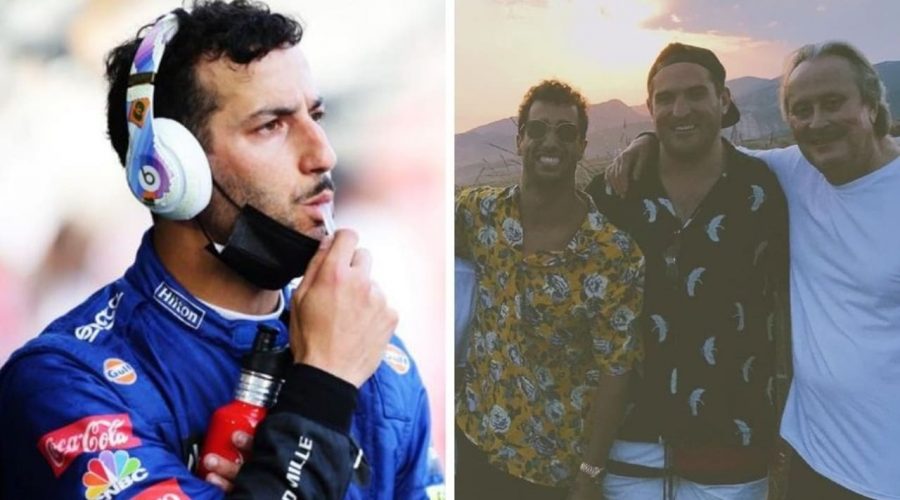 A devastated Daniel Ricciardo has paid tribute to Mansour Ojjeh after the McLaren and motorsport icon died aged 68 on the weekend.

Ojjeh was McLaren’s major shareholder, having bought into the team in 1984 with former partner Ron Dennis, and helped establish it as one of the major forces in F1 during a near 40-year association.

Ahead of last weekend’s Azerbaijan Grand Prix, McLaren announced Ojjeh died peacefully in Geneva, surrounded by his family. Team boss Zak Brown said the billionaire’s death “had devastated everyone” at the team.

“Mansour has been etched into the heart and soul of this team for nearly 40 years and was intrinsic to its success,” Brown said.

“He was a true racer in every sense. Ultra-competitive, determined, passionate and, above all, perhaps his defining characteristic: sporting.

“No matter the intensity of the battle, Mansour always put sport first.”

Ricciardo was gutted by Ojjeh’s passing, taking to Instagram to say how much he’ll miss him.

“We lost a great man over the weekend. Many of us knew Mansour and shared some great moments with him,” Ricciardo wrote. “Honestly can’t say enough good things. Gonna miss you mate.”

After the race in Baku, which saw Ricciardo finish ninth, the Aussie added: “I also just want to pay tribute to Mansour and send my condolences to (wife) Kathy and his entire family. He made a massive contribution to both McLaren and the entire sport, and he will be greatly missed.”

With Mansour on board McLaren won seven of its eight constructors’ world titles since 1984 and 10 of their 12 drivers’ crowns.

Lewis Hamilton, who won the first of his seven world titles at McLaren, said before the start of Sunday’s grand prix in Baku: “I carry a heavy heart into the race after the loss of a close friend, Mansour Ojjeh.

“He had the biggest heart and always carried the biggest smile. I am so grateful to have known such a man. This man loved unconditionally. Rest in peace brother, love you always.”

A crash in qualifying saw Ricciardo start the Azerbaijan GP 13th on the grid but thanks to late fireworks that saw Lewis Hamilton and Max Verstappen crash out, he was able to climb up into the points. The West Australian was still well behind McLaren teammate Lando Norris though as the young Brit crossed the line in fifth.

“There were moments today in the race where I was thinking, ‘I hope it becomes a bit more exciting’ and suddenly it did,” Ricciardo said.

“We had some positive moments, but also a few difficult periods. I flat-spotted the hard (tyres) a bit, so that became tricky for the last few laps before the red flag, but not too bad beforehand.

“The last start, I felt like I got a good launch, and had a good run on the outside but there wasn’t really much room with a couple of cars on the inside. It just all bottlenecked into Turn Two and I felt a hit from behind. I couldn’t really do much, but we’ll keep working on our plan and keep moving forward.”

Ricciardo was realistic about his chances in the race after putting himself on the back foot with that crash in qualifying.

“It was Baku really, what can you say?” Ricciardo added. “It’s a weekend where you always have highs and lows and you know, Saturday (qualifying) was frustrating … you never feel good crashing the car, gives the mechanics extra work and I don’t like doing that because I’m a nice guy.

“I wasn’t mad because I was trying to find the limit so I’m glad that I explored but obviously this track bites.

“We’ll be able to explore a bit more in the triple header and a bit more open, bit more forgiving. We got double points, we survived a crazy race.”