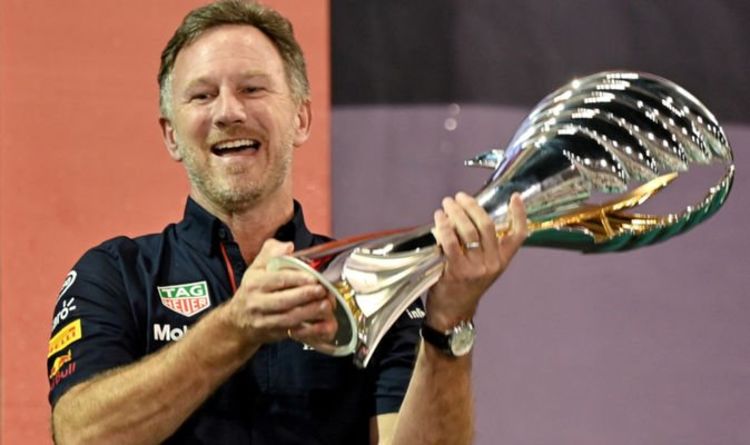 Red Bull team principal Christian Horner has taken to social media to vow that his “best is yet to come” as he looks to keep his team one step ahead of Lewis Hamilton and Mercedes. Horner began his Red Bull career 17 years ago and he has helped lead a brand new team to the very top of motorsport.

The Brit was tasked with helping an energy drink company battle with some long-standing car manufacturers such as Mercedes, Ferrari, Williams and McLaren.

And Horner has more than exceeded in his role with the first major success coming in 2010.

F1 bosses introduced the turbo-hybrid era from 2013 and Mercedes returned to the top of the standings, scooping seven consecutive Drivers’ and Constructors’ Championships.

In the final year of those regulations, Red Bull were able to fight back as Horner help Verstappen win his maiden world title.

After what has been a tense and gruelling fight over the past decade, Horner shows no sign of giving up and has warned that he and Red Bull are only going to get better.

“Seems like yesterday – what an incredible journey it has been so far with an amazing group of people and the best is yet to come. Happy New Year #redbullracing.”

There are some concerns that Red Bull put most of their resources into their 2021 car and may not be at the same level in 2022.

But Horner has recently dismissed those suggestions, insisting Verstappen will be able to battle Hamilton once again.

“When Ferrari turn up with the fastest car and smash us out of the park at the first race then you’ll have to say that it probably did,” Horner joked at the end of the season.

“But I think that we’ve all known that big regulation changes are coming for 2022 and we’ve applied our resource accordingly.

“I’m sure each team has done what they feel is right and it’s put pressure on the organisation.

“That’s where, I think, the team have been outstanding, because to keep a development rate on a new set of regulations and keep a focus on this year’s car has taken a monumental effort.

“The commitment shown by all of the team, throughout the team, has been phenomenal.”