McLaren Formula One boss Zak Brown has revealed that his drivers could soon be practising for races from the comfort of their own homes rather than on multi-million pound simulators at their factories as they usually do.

F1 has been in limbo since the coronavirus pandemic put the brakes on its season-opener in March. It hopes to get underway in Austria in July but in the meantime the lack of racing has driven up the popularity of video games that simulate it.

All major motorsport series have hosted online competitions for their own drivers as well as professional gamers and stars from other sports. Some of the races have even been broadcast on television as the graphics are almost indistinguishable from an actual broadcast. There are two main platforms.

F1 uses the same game which can be bought for the PlayStation and Xbox consoles. Instead of being a precise simulation, it is deliberately designed to be easy for anyone to pick up and testimony to this, its previous race featured cars driven by golfer Ian Poulter and Manchester City’s Sergio Aguero. They lined up alongside actual F1 drivers like Ferrari’s Charles Leclerc and Brit George Russell who are expected to be back this weekend for the latest instalment, the Virtual Monaco Grand Prix.

F1 doesn’t force its drivers to compete in it and some of them choose to race in the iRacing simulator for PCs. Both can be played using expensive home set-ups featuring replica F1 steering wheels and pedals which are widely regarded as being better suited to iRacing as it is a precise recreation of the driving experience. 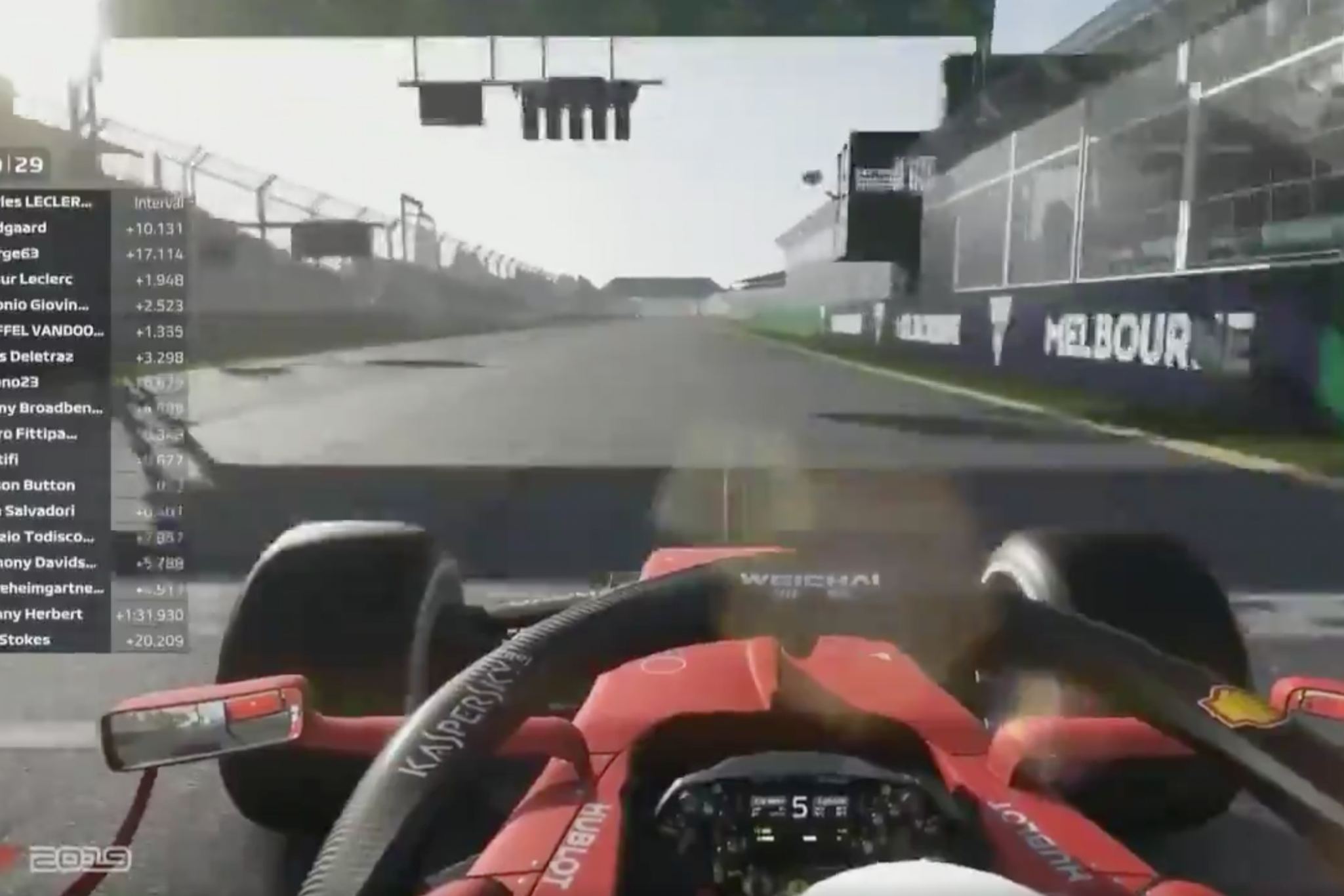 F1 isn’t featured in iRacing but its American single-seater rival IndyCar is and this makes it particularly relevant to McLaren as it is planning to join the series when it gets underway on 6 June. With a top speed of 240mph, its cars are slightly faster than their counterparts in F1 and look strikingly similar.

Every nut and bolt is visible on the iRacing game and Brown says it “is getting close to photo-realism. I think iRacing, from my understanding, is the most technically sophisticated esports series and I have actually seen some notes from our engineers who want to develop some genuine testing set ups on it. I think it’s very close. I think that simulators kind of are remote testing facilities now.” They tick a lot of boxes.

Using a simulator at home gives drivers the flexibility to hone their skills whenever they get a chance. It has proved to be invaluable during the lockdown and that could come into its own again if there is a second wave of coronavirus as experts have suggested. It also cuts costs which could be crucial to keeping the teams ticking over during the downturn.

Next year F1 will introduce a budget cap which will drive down the teams’ spending from an average of £200 million annually to at most £119 million ($145 million). Training on an esports platform would help them to curb spending as drivers usually have to travel to team factories to prepare for races and a number of staff are required to run the simulators there. They look more like something used to train astronauts than a video game.

F1 simulators usually feature an actual car chassis mounted on a hydraulic rig in front of a sweeping 180 degree screen so that the images fill the driver’s view as they do in reality.

The simulator’s legs replicate G-Forces whilst the proprietary software allows the teams to make the same minute modifications to the car that would at the track. It covers everything from changing the pressure and wear of the tyres to the ground clearance of the chassis. This know-how eventually filters down into the hands of consumers and the more F1’s esports platform improves, the greater the likelihood that its drivers will be using it to train in future.

“As technology evolves with all the software that goes into our simulator, if that is developed for the masses you will have a kick-ass esports platform and I don’t think it’s a million miles away,” says Brown. However, it might not have an easy ride.

Over the past few months technical glitches have repeatedly put the brakes on attempts by McLaren’s British driver Lando Norris to take part in online races using the F1 game. He was ejected from its inaugural virtual Grand Prix when his game crashed and was blighted by the same bug again when he was streaming live to 100,000 people in a fundraiser for charity. The final insult came after he set a reasonably good time in qualifying for another round of F1’s esports league but was randomly booted out before even getting a lap in. 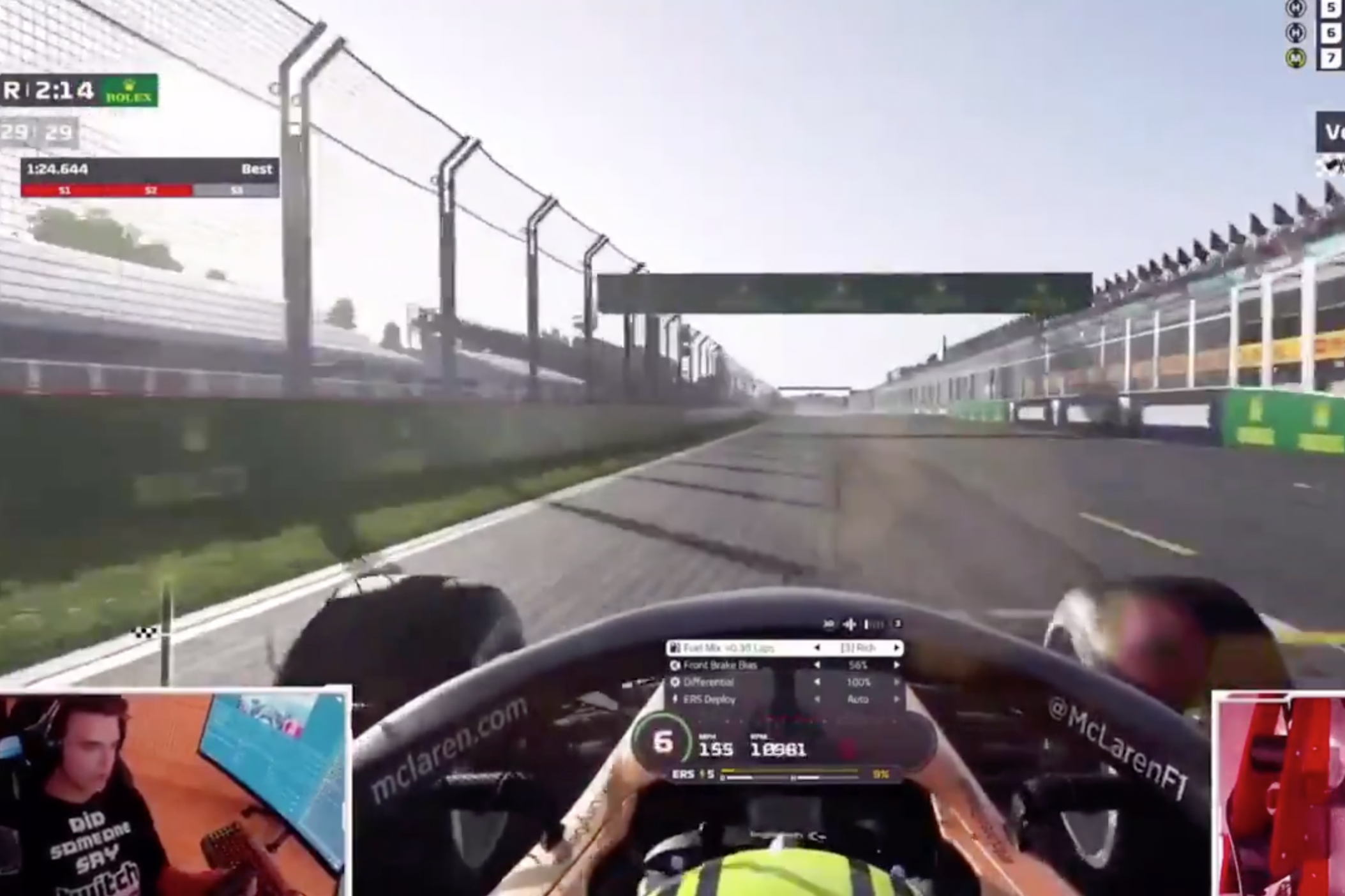 Norris then switched to iRacing but that was also an uphill struggle. He won his debut race at the Circuit of the Americas and was on track for victory in the finale at IndyCar’s flagship Indianapolis Motor Speedway when a rival racer robbed him of the win. French driver Simon Pagenaud, who won the real-life race at Indianapolis last year, put paid to Norris’ chances when he caused him to crash by slowing down drastically in front of him a few laps before the end.

It was no accident as followers of Pagenaud’s Twitch stream heard him plan the manoeuvre and say “I’m gonna take Lando out.” Norris was left fuming and bemoaned the amount of time he spent perfecting his driving on the anti-clockwise oval track.

“I reckon I’ve spent 24 hours driving in a straight line and turning left,” he said. “With the most delicate touch, I’ve tried doing it one-handed, with my knee…24 hours. And then because that guy gets a bit salty that a non-IndyCar driver is about to win an Indy race. It just ruins it.”

Although it was the end of the road for Norris in the race, it had already boosted McLaren’s exposure. IndyCar’s esports events attracted around 200,000 television viewers on the NBC Sports Network in the US as well as hundreds of thousands of others online. It came at just the right time with McLaren revving up its IndyCar campaign. “The IndyCar one in particular is enabling the McLaren brand to continue to build profile within the US,” says a spokesperson for the team adding that it also reaches “a new and younger demographic.” 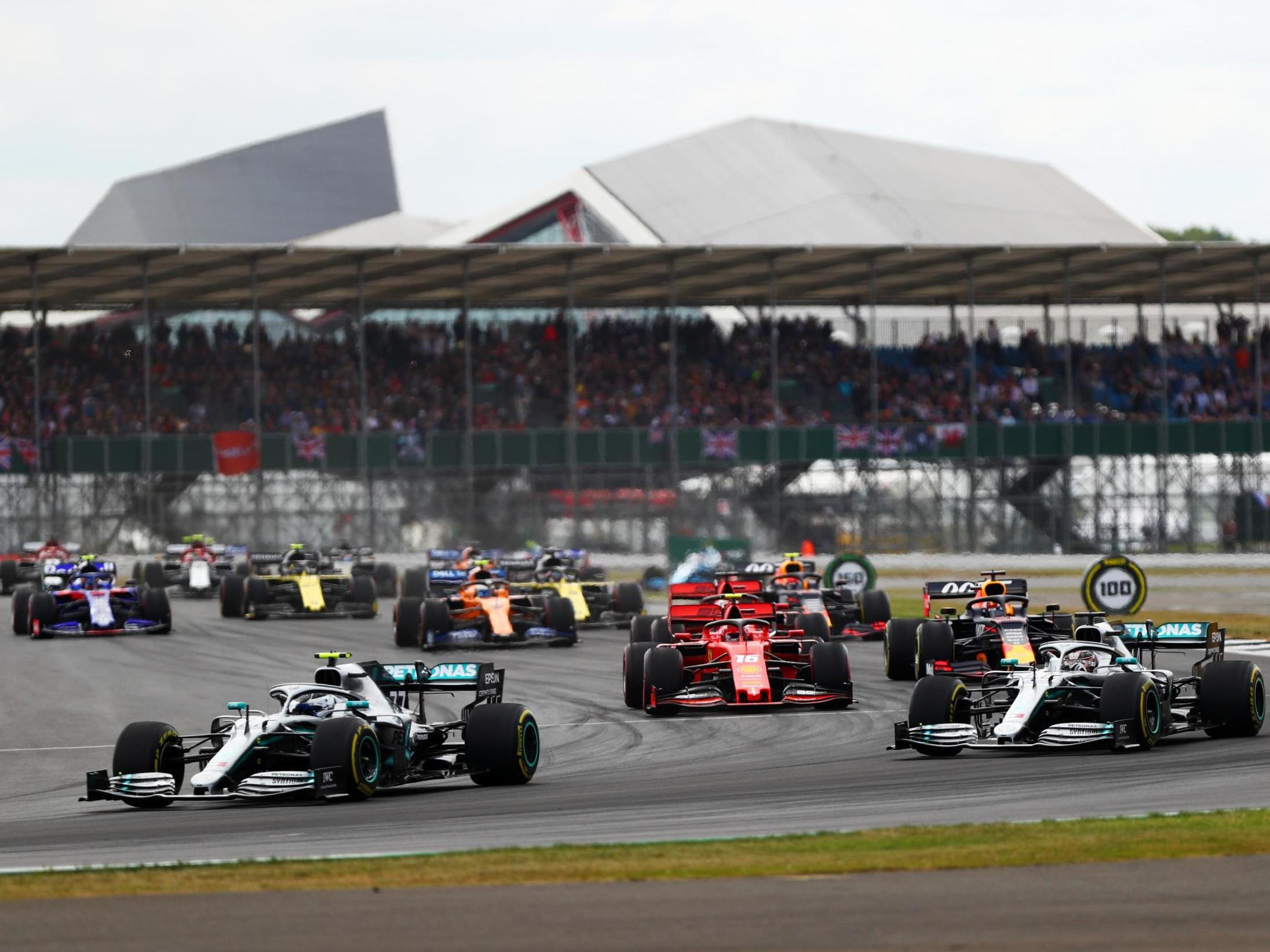 Norris holds the keys to this as the 20 year-old is a prolific games player with youthful looks and a cheery personality making him the perfect poster boy for esports.

McLaren’s partners benefit from it, especially as a number of them have close ties to the gaming industry including peripheral manufacturer Logitech, PC brand Alienware and wearable technology firm Huami.

Old-school petrolheads will still want to watch real racing on TV and Brown says that this pent up demand will play into F1’s favour when racing eventually returns.

“Sport is a great healer in a time of crisis and tragedy. As viewer habits have changed, one thing that has not is the appetite for live sport. So I think that whether it is motorsport or football, the fans will come right back. I don’t think they have gone anywhere. I think TV ratings and digital will be really strong. How many re-runs can you watch?”

Related posts:
May 21, 2020 F1 Comments Off on Are esports the future of driver testing in motorsport?
NFL News