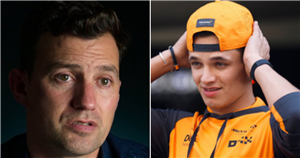 The show has become must-watch viewing for Formula One fans young and old since it first chronicled the 2018 season. Series five, which focuses on the 2022 campaign, will be available to stream from February 24, two weeks before the start of the 2023 campaign.

But while the series has been credited with growing the sport’s fanbase worldwide, particularly in the United States, it has its critics too, and with some justification. A trailer for the new series has been released and it suggests some of its annoying traits won’t be going away. Here are five viewers can expect to see in season five…

READ MORE: Lando Norris got on 'pretty well' with Daniel Ricciardo despite Drive To Survive 'tension'

If the 30-second teaser Netflix released in early January, told us anything, it’s to expect much more of Will Buxton. This is nothing against Buxton, who is an excellent and respected F1 broadcaster, but he seems to get more airtime than Christian Horner and Daniel Ricciardo combined.

Every episode is littered with his take on every issue covered. It’s too much and it’s about time there was a shake-up. That’s not to suggest Buxton should be axed, just used more sparingly.

Why not hear from Sky Sports commentators like Martin Brundle or members of the Dutch and Italian media? Listening the same old voices, Buxton's in particular, has become a little tedious.

Yes, we know Drive To Survive is not aimed at traditional F1 fans. Its target audience is the new breed of fan, so there needs to be an element of explaining how the sport works.

But come on, even the most callow F1 follower will surely know that “qualifying sets the grid for race” and that “every driver and team is desperate to beat each other”.

It’s time Drive To Survive stopped insulting viewers’ intelligence and told us more of what we didn’t know, rather banal lines that seem to be thrown in just to fill up an episode.

There are plenty of actual rivalries in F1 – Max Verstappen vs Lewis Hamilton, Toto Wolff vs Horner, Red Bull vs Ted Kravitz, Fernando Alonso vs everyone – so there should be no need to invent feuds that don’t actually exist

Verstappen, who appears in the aforementioned trailer, agreed to be interviewed for the series again after boycotting the show because of the dubious narratives the show threw up.

He was particularly peeved over how his good mate Lando Norris – one of the most popular drivers in the sport – was portrayed during his time as a teammate to Carlos Sainz and then Ricciardo.

The episodes featuring the McLaren drivers paint a picture of tension and even a tinge of animosity, which is grossly unfair on all concerned. There are enough actual storylines in F1 worthy of extra scrutiny without the need for this kind of nonsense.

Changing the course of history

Where to start with this one!? There’s nothing wrong with hyping up the odd event, but changing the course of history is not on.

There are numerous examples of this in series four alone. At the start of the series, Will Buxton declares there are “two new teams on the grid”. Those “new teams” weren’t anything of the sort of course. They were merely two teams with new names in Aston Martin (formally Racing Point) and Alpine (formally Renault).

The episode featuring Nikita Mazepin ludicrously makes out his performance to finish last, two laps behind the winner, at the Russian Grand Prix to be some kind of zero-hero wet-weather mega-drive.

It also claims he got the better of teammate Mick Schumacher, who retired with a technical failure 21 laps from the end. The same episode even shows the German pulling into the pits to stop!

But let’s not let facts get in the way of a good old-fashioned piece of Russian propaganda, eh? In a radio communication after the race, his engineer apparently tells Mazepin he “ended up beating [Nicholas] Latifi [who also retired] and Mick”. It must be assumed that message had been edited in from another race.

Moving on to the Italian Grand Prix later in the year, you’d think Verstappen had won the Sprint race. Yes, he started on pole for the main race, but only because actual Sprint winner Valtteri Bottas had been lumbered with a grid penalty.

Has Drive To Survive run its course? Tell us in the comments section

There are few things this reporter finds more annoying than dubbed over, fake commentary, which is a shame because Netflix is rife with it.

Again, there’s nothing wrong with building drama and tension, but listening to Jack Nicholls, BBC Five Live’s lead commentator, excitably calling a battle over 15th place at the first corner is as ridiculous as it is unbelievable. Again, it’s treating the viewers as mugs and is completely unnecessary.

In a nutshell, while it offers many fascinating insights, Drive To Survive is becoming too predictable and annoying. And if the brief trailer is anything to go by, that trend looks like continuing in series five.