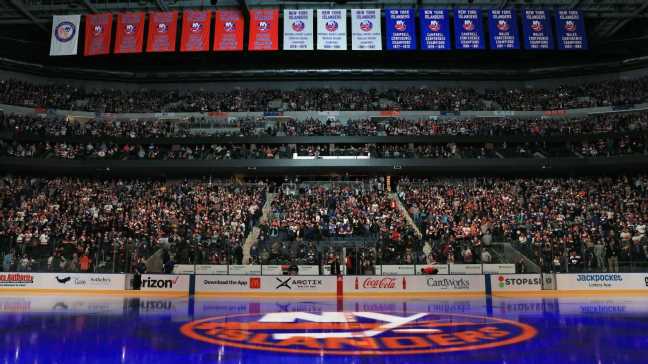 If they win this lottery, so could their fans.

The Islanders have announced that they’ve partnered with Jackpocket, a third-party app that allows users to order state lottery tickets, to purchase $50,000 in Mega Millions tickets for the drawing. If any of the 25,000 tickets hits the big prize, or if the winnings are above $250,000 total, the net winnings will be shared by holders of full-season tickets or suites, staff, and the Islanders Children’s Foundation charity..

If the total winnings from the tickets are below $250,000, the Islanders will donate the full amount to the Islanders Children’s Foundation.

The odds of winning the jackpot are about 1 in 303 million, according to MegaMillions.com.

“As we prepare for our historic 50th anniversary season, we want to show our appreciation for our Islanders Season Ticket Members and staff and give them a chance to participate in this massive Mega Millions drawing,” said Islanders co-owner Jon Ledecky in a statement. Ledecky’s group purchased the Islanders for a reported $485 million in 2014.

“Revenue from lottery tickets is dedicated to education in New York State, so no matter what happens in today’s historic drawing, important funds have been generated for education in the state, which supports our fan base and their families.”

That’s one way to foster togetherness among a team and its fans.

July 29, 2022 NHL Comments Off on The New York Islanders could be sharing a $1.28 billion-plus Mega Millions jackpot with fans
NFL News