On Monday, Nov. 12, Jayna Hefford will become just the sixth woman to enter the hallowed halls of the Hockey Hall of Fame.

Over the course of an almost 20-year career, the Kingston, Ont. native dominated the international scene for Team Canada. Hefford earned five Olympic medals, including being one of only three women in the history of womens hockey – with Hayley Wickenheiser and Caroline Ouellette – to win four consecutive golds. Couple that with the five golds and seven silvers she’s won representing Canada at the IIHF Women’s World Championship, where she also was the top scorer in 1999 and 2000, and her resume is quite impressive.

[email protected] with her plaque pic.twitter.com/3NfRceq73N

While Hefford was a productive, balanced forward who had a knack for stepping up in big games for her country, she also did so as a member of the Brampton Thunder of the original National Women’s Hockey League and then the Canadian Women’s Hockey League. How dominating was the NWHL’s all-time scorer and a CWHL MVP? The CWHL’s Jayna Hefford Trophy is now awarded to the league’s most outstanding player in the regular season.

Over the summer Hefford succeeded Brenda Andress as the CWHL’s acting commissioner. Her current title is interim commissioner, but that hasn’t stopped Hefford from making headlines. She’s been transparent about her desire for there to be one professional league in North America and has made it known that she’s ready to work towards that goal with NWHL commissioner Dani Rylan.

Now just days away from being immortalized in the Hockey Hall of Fame, her work growing women’s hockey is nowhere near done.

In this far-ranging exclusive Q & A with Sporting News, Hefford talks about the past, present, and future of women’s hockey on both the professional and international stage.

Jayna Hefford: Obviously it’s a huge honor. Growing up, not even boys think about getting into the Hockey Hall of Fame. You think about winning championships and that sort of thing. When you’re retired you have a chance to reflect a little bit more on your career and think about this huge honor.

To think that there’s only been five women to be inducted before me is pretty incredible. Looking back on my career, I feel proud of what I’ve accomplished. Then obviously I reflect on everyone who was a big part of that, from family to friends to teammates to coaches – there’s so many people who are such a big part of it. 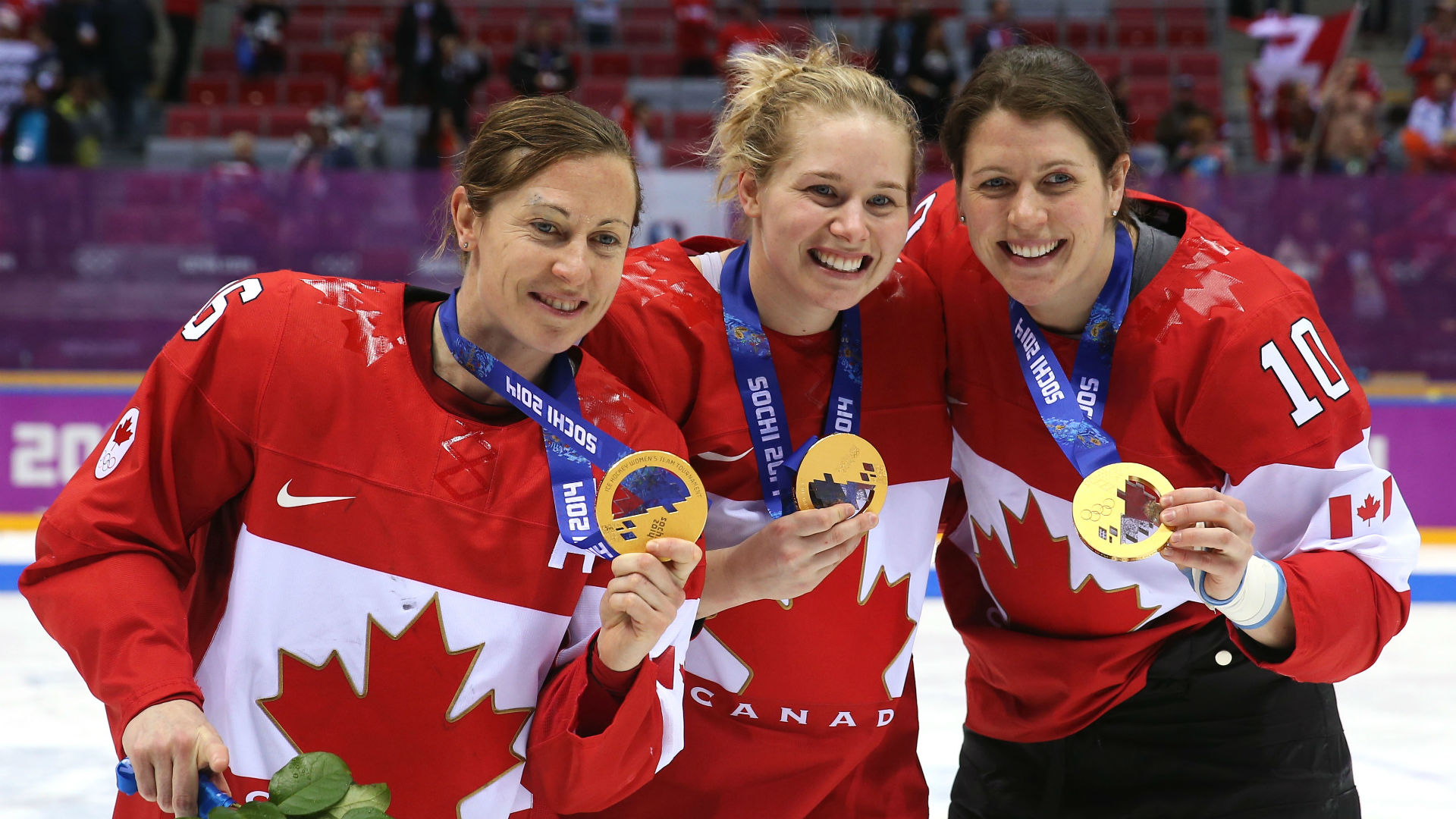 SN: You’ve said elsewhere that Hayley Wickenheiser, Caroline Ouellette, and Natalie Darwitz are three players who should soon be in the Hall. Are there any other players who come to mind?

JH: There’s so many people who have had a big impact on the game. I look at what Cassie Campbell did — not just as a player, but also potentially as a builder. She’s done so much for [women’s hockey] and I see her as being a big part of the history of the game.

Beyond her, when I look at the players who are out there now, there are certainly some really talented players. You look at [Marie-Philip] Poulin, [Hilary] Knight and Brianna Decker [and] I’m sure somewhere down the line, if they have the longevity, they’ll be able to accomplish this as well.

SN: It must be tough with all of the Olympic gold medals, World Championships, and now being inducted into the Hall of Fame, but is there a particular highlight from your playing career that stands out?

JH: It’s definitely hard to say, but if I can give you a few … that first gold medal in Salt Lake City was a big one, especially after coming off of losing the gold medal in 1998. Being on a team that wasn’t expected to win a gold medal was something of a Cinderella story.

The opportunity to play in Vancouver in 2010 was really special. Just the way that the country was engaged, and to have so many friends and family be a part of that, was unforgettable.

Also, my last gold medal in Sochi in 2014 because of that gold medal game. I’d never played in a game where the momentum changed so quickly like that. For that to be my final game with the national team was pretty special too.

SN: Your partner Kathleen was one of the founders of the CWHL and now you are the interim commissioner of the league. What does the CWHL mean to you?

JH: Looking at myself growing up, I didn’t have any female players to look up to until I was about 13. That’s when the first World Championships happened and that gave me a chance to see the national women’s team. But at that time, I didn’t know anything about where the players played.

The opportunity that the CWHL presents for the next generation, both boys and girls, is something that’s really special. I’ve always believed in being passionate about what you’re doing. I’m so happy that I can make an impact and grow this league because I’m passionate about it. I believe in this sport, I believe in what the sport brings to people in terms of values like teamwork and all the lessons you learn through sports. Hockey is a foundation of our country.

SN: Recently Dani Rylan, the commissioner of the NWHL, said that having one professional women’s league in North America was inevitable. Do you feel that if #OneLeague is inevitable, it would involve the NHL?

I believe that the NHL does play a part in that. I don’t know if that’s a women’s NHL or having a partnership with the NHL, but I think they play a part in the growth of the game. We’re trying to navigate through all that stuff now.

I can’t speak for Dani, I can only speak for myself and the CWHL, but we believe that we need to take the game to the next level and that this is the time to do it. We have to find a way to get all the best players in one league. Once we do that, I think we can move the game forward.

SN: You’ve said that the next big milestone for the CWHL would be having your players earn a living wage. Is it difficult working towards getting to one league while building the CWHL and helping it grow?

JH: It’s a bit of a balancing act. [I want] to make sure that the product we have on the ice in the CWHL is the best it can be for people to go out and see … and to put our players in a positive light. And then there’s trying to figure out how we get to one league, where the approach is more about the vision of the game.

I think that both of those [goals] come back to how do we get to the point where female hockey players are paid to play the game. I don’t think anyone’s expecting NHL salaries – but players should be paid in a respectable way where it is a living wage. It might be disputable what that is, but it’s something where our players don’t need to have other jobs.

SN: You mentioned earlier Poulin, Knight, and Decker all being in the CWHL. If you had to pick one player as the best player in the world right now, who would you take?

And Knight, as a goal scorer, seems to show up when it matters most for [the US]. There’s a bunch of girls on the Canadian team who I think are so skilled, especially the really young ones who are coming up. There’s going to be some great players emerging soon.​