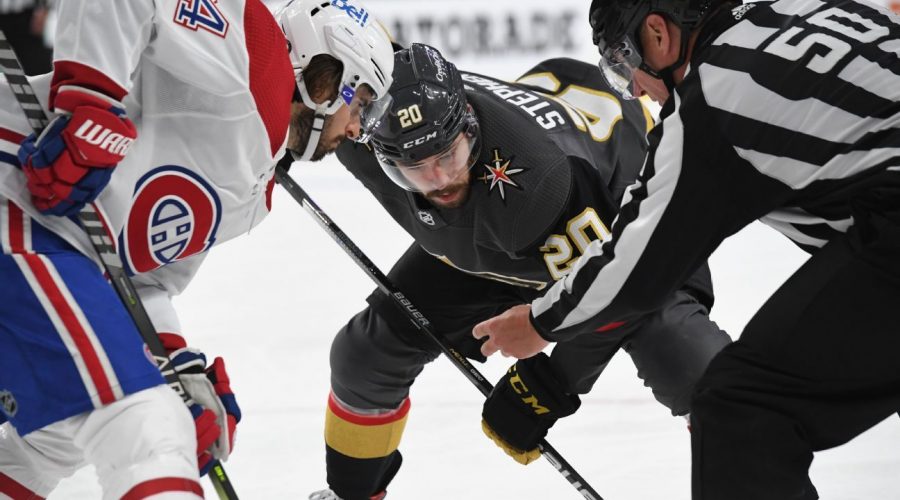 The Vegas Golden Knights have four players who were born in Quebec, including goalie Marc-Andre Fleury. Game 3 against the Montreal Canadiens at the Bell Centre on Friday will be a special one for sure, even if there won’t be as many fans in the stands as there were in Vegas.

In the other Stanley Cup semifinal series, the Tampa Bay Lightning earned a pivotal Game 3 victory over the New York Islanders on Thursday.

Check out the ESPN NHL Playoffs Daily to catch up every day of the postseason until the Stanley Cup is handed out in July.

Golden Knights center Chandler Stephenson is day-to-day with an upper-body injury, as coach Pete DeBoer wouldn’t specify his status for Game 3 after his surprise scratch in Game 2. Nicolas Roy moved between Mark Stone and Max Pacioretty to start Game 2, but Keegan Kolesar took over and played well with them the rest of the way. If Stephenson can’t go, it’s a blow to one of the team’s primary scoring lines.

The challenge for Vegas in Game 3: scoring first, as Montreal is 9-1 when doing so. In general, the Knights must solve Carey Price. “He’s an elite goalie, but he’s just a piece of their team and their identity,” DeBoer said.

As great as the Islanders can be defensively, the Lightning are no slouches in keeping the puck out of their net, especially on the road, where they have a 1.71 goals-against average in the postseason. That defense took control in their Game 3 win, as goals by Yanni Gourde and Brayden Point led the Lightning to a series lead. The Islanders didn’t get a shot on goal after pulling goalie Semyon Varlamov.

“We’ve been down this road before. We need guys in big moments, they’re showing up. They’ve learned over the years: Get the lead, protect the lead, extend the lead,” Tampa coach Jon Cooper said. Well, two out of three ain’t bad. Full recap

Three stars of the night

The goalie made 27 saves to secure a huge road win for the Bolts at a raucous Nassau Coliseum. The Islanders had a 14-5 advantage on high-danger chances at 5-on-5 in Game 3, and outside of one mistake from his defense, Vasilevskiy shut them down.

Point has 65 points in 58 playoff games, and is averaging 0.57 goals per game in his postseason career. That’s the seventh highest in NHL history for a minimum of 30 games played. For context, he’s 0.02 points per game behind Wayne Gretzky.

Varlamov made 23 saves in the loss, confidently stopping some good Lightning chances to keep it close.

“When I look at it, I didn’t think there was much there at all. You gotta fight through those things.”

— Islanders coach Barry Trotz on this interference call on Adam Pelech in the second period. The Lightning scored the game winner right after their ensuing power play ended.

Unnecessary help of the day

Lightning defenseman Erik Cernak tried to help his goalie Andrei Vasilevskiy by pushing the puck to him so he could freeze it. Instead, he helped facilitate the Islanders’ lone goal of the game, scored by Cal Clutterbuck. Whoops.

Cruel irony of the day

Remember in Game 2, when an Islanders defenseman cross-checked Brayden Point into Semyon Varlamov and Point somehow got a penalty for goalie interference, and then the Islanders scored on the ensuing power play? Well, in Game 3, an Islanders defenseman checked Anthony Cirelli into Varlamov while Point — who was in the midst of being cross-checked himself! — scored the second goal of the game for Tampa. The Hockey Gods love trolling us like this.

Islanders fan of the day

Jimmy Fallon was at the game to cheer on the Islanders, but oddly left all his other New York hockey gear at home.

July 2, 2021 NHL Comments Off on NHL Playoffs Daily: Golden Knights have center concerns for Game 3 against the Canadiens
NFL News