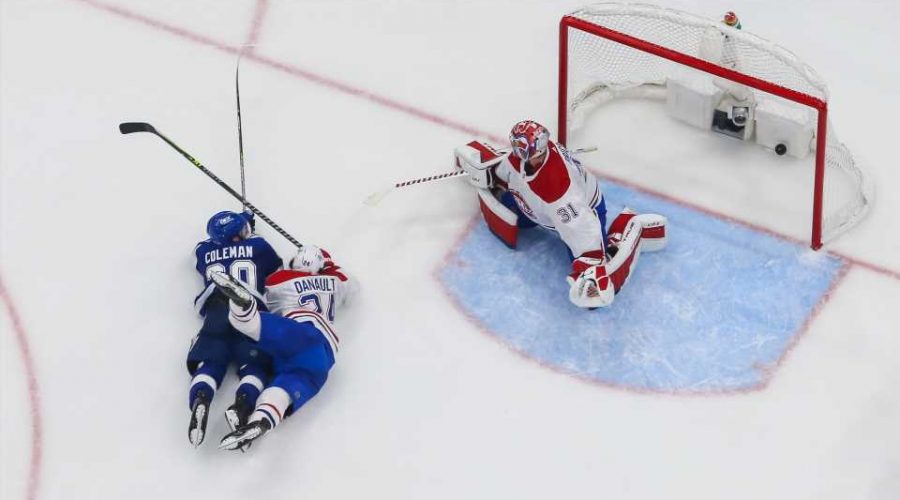 Lightning forward Blake Coleman scored the goal of the 2021 NHL playoffs Wednesday night in Game 2 of the Stanley Cup Final.

A fully extended Coleman swatted a feed from Barclay Goodrow past Montreal goaltender Carey Price with three-tenths of a second remaining in the second period. The tally gave Tampa Bay a 2-1 lead after it was outplayed by Montreal for most of the game.

Goodrow carried the puck into the offensive zone and then passed across the Royal Road to Coleman, who outreached a backchecking Phillip Danault — while parallel to the ice — to punch in the puck.

The goal turned out to be the game-winner as Tampa Bay went on to a 3-1 victory. The Lightning lead the best-of-seven two games to none as the series moves to Montreal for Game 3 on Friday.

Fans know that Coleman has a knack for scoring acrobatic goals.

Last year in the bubble, he went airborne to score against the Bruins.

And when he was a member of the Devils in 2019, he potted a one-handed backhander against the Jets.

The goal Wednesday was Coleman’s second of the 2021 playoffs.