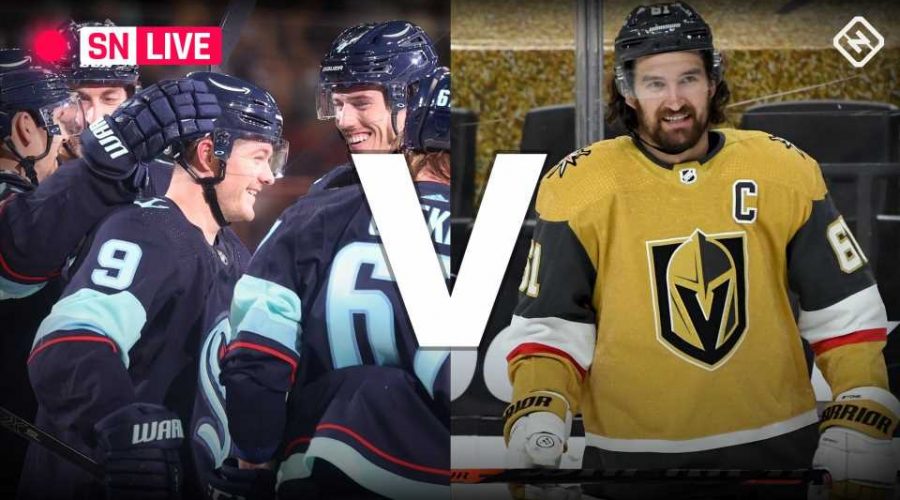 The NHL’s newest team hits the ice for the first time in its history on Tuesday night, as the Kraken head to Sin City to take on the Golden Knights. It’s a battle of the league’s two newest franchises, and Vegas left some big shoes to fill. During its inaugural season in 2017-18, the club won the Pacific Division and went all the way to the Stanley Cup Final. In the three seasons since, they won another division title (2019-20) and made the playoffs each year: They made the first round in 2019, conference final in 2020 and conference semifinal in 2021.

Seattle is currently playing with house money. One thing they may not be playing with, however, is a few key guys in Calle Jarnkrok, Joonas Donskoi, Jared McCann and Jamie Oleksiak. They are all in COVID-19 protocol and were declared unavailable earlier in the day. Around 8:30 p.m. ET, however, The Athletic’s Ryan S. Clark reported that Donskoi, McCann and Oleksiak were in Vegas and were expected to play. Then, per Sportsnet’s Elliotte Friedman, the three were taking warmup.

It could be a roll of the dice for bench boss Dave Hakstol against a stacked Golden Knights roster. One positive is he’s expected to have 2021 Vezina Trophy finalist Philipp Grubauer in net. (The Vezina Trophy is voted on by the general managers and given to the league’s best goaltender). The free agent signee is coming off a season in which he went 30-91 for the Avalanche with a .922 save percentage, seven shutouts and 14.5 Goals Saved Above Average (save percentage and shots faced vs. league average save percentage on the same number of shots, per Hockey Reference).

Hakstol will also have one of the best leaders in the NHL on his side. Ex-Flames captain Mark Giordano was unsurprisingly handed the “C” and is the first captain in franchise history.

While the Kraken’s lineup and 2021-22 season are sure to be an ever-spinning roulette wheel, the Golden Knights are always hitting their number. Robin Lehner has officially ascended to the No. 1 goaltending spot after Marc-Andre Fleury — the 2021 Vezina Trophy winner and co-William M. Jennings Trophy winner (fewest goals allowed) with Lehner — was shockingly sent to Chicago. There’s also team captain Mark Stone, one of the best two-way centers in the game, Max Pacioretty, Jonathan Marchessault, William Karlsson and perennial Norris Trophy contenders Alex Pietrangelo and Shea Theodore.

Sporting News has all the action as the Kraken get crackin’ and hit the ice for the first time in the regular season (all times Eastern).

What channel is Kraken vs. Golden Knights on?