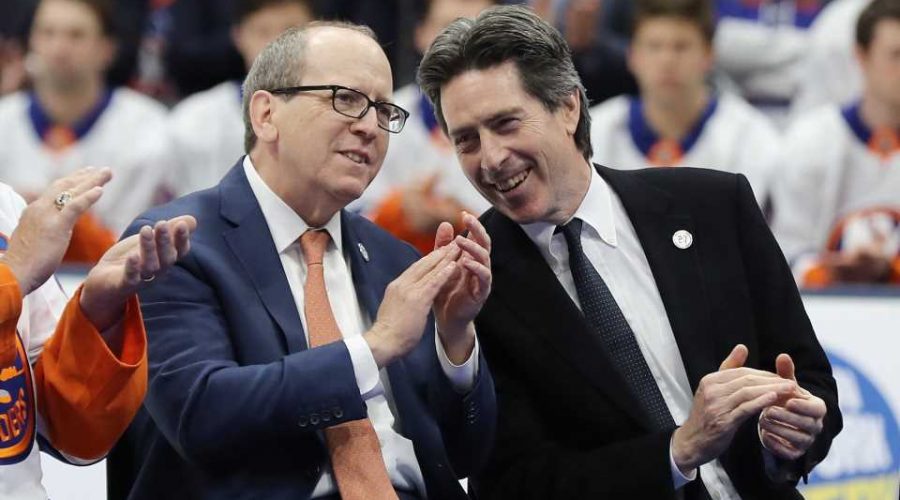 Jon Ledecky has always had a reputation as a fans’ owner.

On Wednesday, the Islanders co-owner took that to a new level.

After New York beat the Bruins 6-2 to move on to the Stanley Cup semifinals for the second straight year, Ledecky took to the halls of the Nassau Coliseum to celebrate the team’s series win, according to a video from IslesBlog co-editor-in-chief Rob Taub.

As the celebration continued, the fans even broke into a chant of “Jon Ledecky” as he was surrounded by the blue- and orange-clad crowd.

Ledecky and his former Harvard roommate Scott Merkin announced they would buy the Islanders in 2014 and became majority owners in 2016 after a two-year transition from the previous ownership under Charles Wang.

After missing the playoffs in Ledecky and Merkin’s first two seasons as co-owners, New York has reached the postseason in three straight seasons and have now made it to the penultimate round of the postseason in back-to-back years — the Eastern Conference finals last year and the Stanley Cup semifinals this season.

SPIEGEL: On the Old Barn and getting one step closer to normal

The Islanders haven’t reached the Stanley Cup Final since losing in its attempt to win a fifth straight Cup in 1984. If New York reaches it this year, who knows how crazy the celebration with Ledecky and the fans will be in the Coliseum?