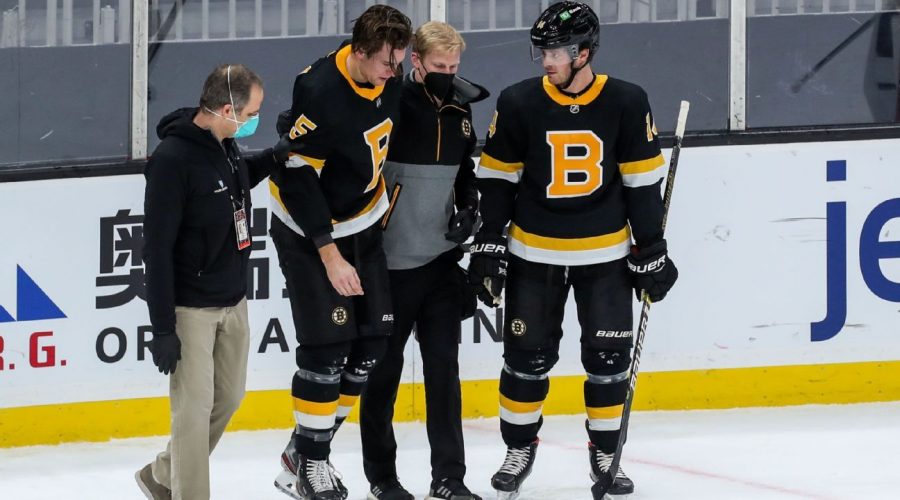 “He’s obviously going to be out for a while,” Cassidy said.

The NHL suspended Wilson for the fifth time in his career on Saturday, one day after his hit in the first period of Friday night’s game sent Carlo to the hospital in an ambulance. The Capitals wing will also lose $311,781.61 in pay.

“What separates this hit from others is the direct and significant contact to a defenseless player’s face and head, causing a violent impact with the glass,” the league said. “This is a player with a substantial disciplinary record taking advantage of an opponent who is in a defenseless position and doing so with significant force.”

Although no diagnosis has been released, Carlo was woozy leaving the ice after Wilson smashed his head into the glass, a telltale sign of a concussion. Cassidy called the hit “predatory” but declined to go into details on the suspension.

“I was glad they looked at it, and they did assess some discipline,” he said. “I’ve made my feelings known on what I felt with the hit. … I’ve kind of moved on and getting ready for New Jersey.”

The Bruins return to the ice Sunday night against the Devils.

“The guys are in a good place,” Cassidy said, adding that he texted Carlo on Sunday morning. “They’re concerned about Brandon. Getting good news that he’s feeling better helps our group. We’re a tight-knit group.”

March 7, 2021 NHL Comments Off on Bruins’ Carlo will be out ‘a while’ after Wilson hit
NFL News