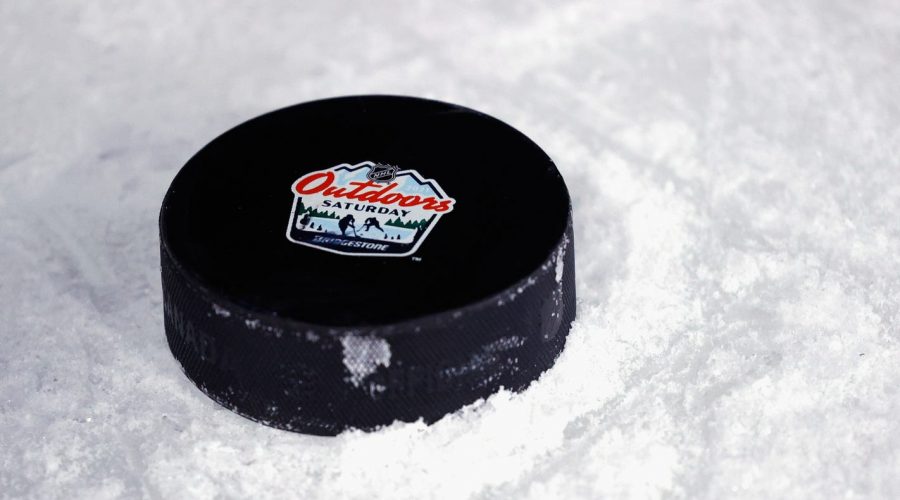 Did it look great on TV? Yes, for the one period it was on before poor ice conditions — the sun turning the surface to slush — caused an eight-hour delay that pushed the game past midnight on the East Coast.

Regardless, the setting is undeniably cool. Events like this could find their way into the annual calendar, NHL chief content officer Steve Mayer said, although some more consideration toward the weather will have to be taken into account.

Here are some places the NHL should consider holding future outdoor contests.

The originally desired destination for this weekend's games, restrictions made playing there impossible. Hopefully those hurdles can be cleared during non-pandemic times to deliver a stunning presentation.

Dropping a rink on a frozen body of water could be treacherous, but the Great Lakes do freeze over in extreme temperatures, which appear more common in the Midwest each winter.

Some great hockey cities sit right on these lakes' shores, creating easy matchups and marketing opportunities. If Lake Michigan can one day freeze over, play it right off Navy Pier in Chicago and have the Blackhawks face a regional rival such as the Minnesota Wild. Viewing options from there for fans could perhaps be possible.

You want views? Are there many better than this? Temperatures drop low enough at sundown to make it possible, perhaps.

Or another oceanfront golf course. Waves crashing into the shore, a salty mist wafting overhead. Pebble Beach is likely too warm, so perhaps head up the West Coast for a chance to showcase the Seattle Kraken.

The overhead shots of Central Park in Manhattan are already spellbinding. Having fans involved might be possible.

Similar to the Central Park idea, see if the public can become involved, while playing a game between America's monuments.

Set up a rink at Yosemite Village and stay for the natural beauty in one of the country's most treasured grounds. Glacier National Park in Montana, finding a frozen-over lake there, is another similar idea.

Taking a page out of the college basketball playbook, the NHL can build an event around Veteran's Day and put on a showcase for the troops. A hockey game in the middle of the ocean? Pretty cool.

Michigan Stadium, "The Big House," hosted 100,000 hockey fans a few years back. Pack another non-hockey stadium to the gills here and construct the rink on the infield. Have near-ish teams Carolina and Nashville play.

No, not "Mystery, Alaska" a movie that served as the inspiration for more remote NHL outdoor games. But in Fairbanks, incorporating the Northern Lights would put the visuals over-the-top.

February 21, 2021 NHL Comments Off on After Lake Tahoe, here are 10 places NHL should try to play outdoor games
NFL News