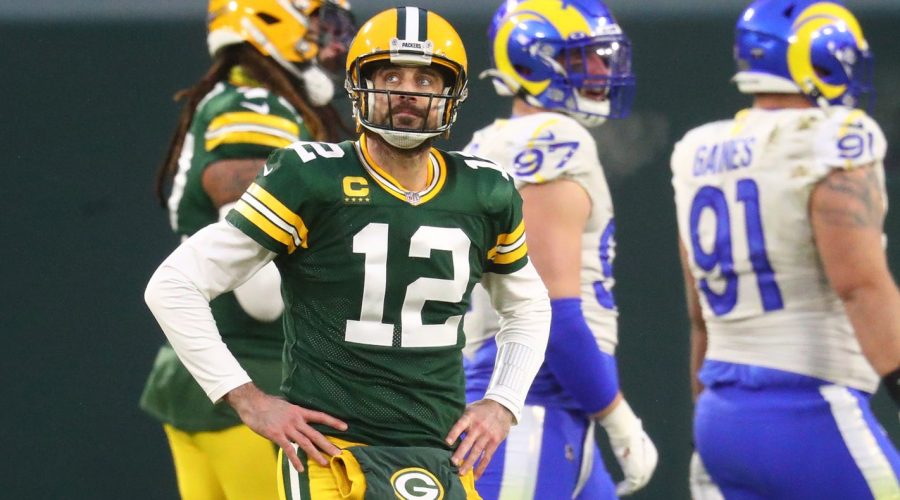 The NFL's deadline to dispense franchise tags in 2021 expired at 4 p.m. ET Tuesday.

Prescott received an "exclusive" tag in a procedural move that prevents him from negotiating with other teams before finalizing the four-year, $160 million contract he agreed to Monday.

WINNERS AND LOSERS: From Dak Prescott's new contract with Cowboys

Now, with the procedural stuff accounted for, let's move on to winners and loser from tag day:

Prescott: He triumphs by (essentially) avoiding the tag shenanigans – sidestepping what would have been a $37.7 million salary by hauling in a megadeal that includes a record $66 million signing bonus as part of his $75 million take for 2021. Oh, and he won't have to field another question about his contract status … until at least 2023.

Trevor Lawrence: The presumed No. 1 pick of the 2021 draft maybe rests easier tonight knowing the Jags are retaining Robinson, who will be charged with watching the Clemson star's back … and surgically repaired left (non-throwing) shoulder.

Buccaneers: They kept Godwin and agreed to a new deal with LB Lavonte David, their longtime defensive mainstay. Sure, the champs have a lot more to sort through with OLB Shaquil Barrett (the team's franchise player in 2020), WR Antonio Brown, RB Leonard Fournette, TE Rob Gronkowski, K Ryan Succop and DL Ndamukong Suh all unsigned, but at least a pair of linchpins return.

Trent Williams: Pro Football Focus' top-rated tackle in 2020, his contract precluded a tag from the San Francisco 49ers. Now, the onus is on the Niners to get a deal done with the eight-time Pro Bowler before the market opens next week – because there will surely be high demand for Williams' services … especially after Robinson and Moton were franchised.

QBs drafted in 2018: The Browns' Baker Mayfield, Bills' Josh Allen (he finished second in MVP voting in 2020) and Ravens' Lamar Jackson, who won MVP honors in 2019, are eligible for megabucks of their own three years after each was a first-round selection. Prescott's raising of the bar should only help the rest of them realize their own windfalls.

Aaron Jones: The ascending running back is only 26 and has rolled up 3,000+ yards and 30 TDs from scrimmage over the past two seasons. If the Green Bay Packers can't re-sign him soon, Jones stands to cash in handsomely rather than be tethered with a modest positional tag for his position.

Safeties: They're like the running backs on defense – so often undervalued and underappreciated. But with Simmons, Maye and Marcus Williams tagged, each is set to pull in eight-figure salaries in 2021.

Teams in search of pass rushers: The Bucs' Barrett, Titans' Jadeveon Clowney, Steelers' Bud Dupree, Rams' Leonard Floyd, Saints' Trey Hendrickson, Colts' Justin Houston, Chargers' Melvin Ingram III, Ravens' Matthew Judon and Yannick Ngakoue and Cardinals' Haason Reddick are all set to hit free agency – and in a year when the salary cap is undergoing a market correction due to COVID-19. Shaping up as a buyers' market at an ever-critical position.

Pass rushers: Leonard Williams should probably feel fortunate he was tagged a second time – he's slated to make at least $19.35 million in 2021 – given so many of his peers are unlikely to earn top dollar under the depressed cap. Barrett, in particular, expressed a desire to "break the bank" in a recent SiriusXM interview but may find this safe could be hard to crack. And Dupree is the classic case of why players hate the franchise tag. A steady edge defender in Pittsburgh for six years – including 2020, when he played on the tag – Dupree was playing well last season before suffering a torn ACL in December, an injury that will make it tough to maximize his worth in 2021.

Aaron Rodgers: The newly elected league MVP probably just said goodbye to Jones and All-Pro C Corey Linsley … and the Packers didn't even bring J.J. Watt home to Wisconsin as a consolation. Perhaps we're not seeing the big picture this early in free agency, but the 2020 thematic – the Pack not giving their quarterback sufficient help – already seems to be bleeding into 2021.

Robinson: He's been lobbying for a new contract for some time – and a player who catches 200 balls over two years in the Bears' offense deserves one – but appears headed back to Chicago, which is currently scheduled to have Nick Foles under center.

Bears' salary cap: Per Over The Cap, Chicago is nearly $20 million over budget after tagging Robinson. Such spending will make it exceptionally hard to upgrade from Foles.

Wide receiver market: With Robinson and Godwin tagged, clubs seeking help at wideout must turn their attention to the likes of Kenny Golladay, Will Fuller V and Corey Davis – all players who have flashed No. 1 receiver potential but haven't fulfilled that role consistently.

Washington offensive line: Scherff, 29, is a fine player. But kinda boggles the mind that the WFT continues to pay a guard left tackle money … given their issues at left tackle since Trent Williams forced his way out of town.

Saints' salary cap: They've been steadily working their way down from a cap deficit that was in the nine-figure range at one point. Pretty surprising choice to tag Marcus Williams for a team that still needs to shave about $60 million and presumably re-sign QB Jameis Winston.