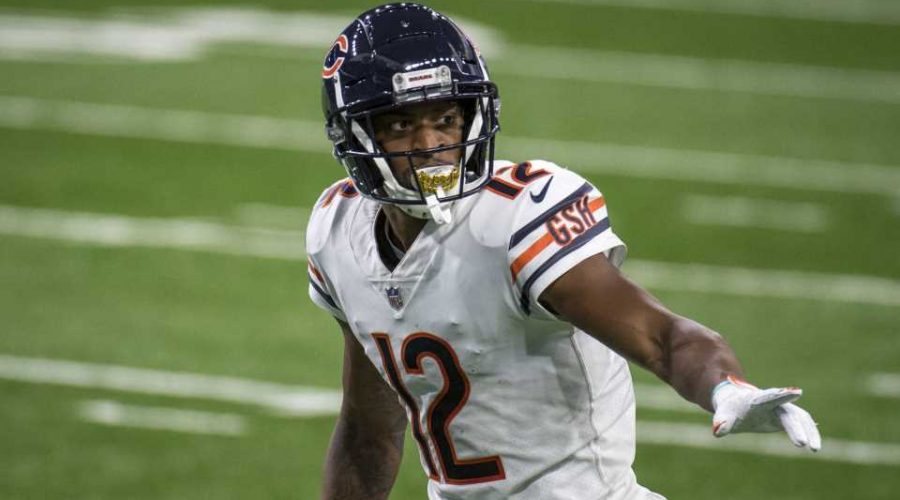 While the trade market has gotten a little more attention than free agency, the new NFL league year is almost here, meaning the free agency market is going to be flush with talent looking for new uniforms this offseason.

The lessened NFL salary cap entering the 2021 season makes for interesting cap casualties hitting the market, and the franchise tag is playing a heavy, heavy role into which players will be hitting the market and lacing up new team colored cleats this upcoming season.

Sporting News will be tracking the latest free agency rumors, signings and more below heading into the first stage of the NFL offseason:

When does NFL free agency start in 2021?

The start of the 2021 league year is on March 17 at 4 p.m., meaning NFL free agency starts at the same time. The institution of the NFL’s legal tampering period means you may hear some deals get dome between Monday and Wednesday, but no deals can become official until Wednesday.

On Monday, Tuesday and Wednesday, “teams are permitted to contact, and enter into contract negotiations with, the certified agents of players who will become unrestricted free agents.” As mentioned, those deals are essentially handshake agreements, and no ink to paper can be completed until the start of the new league year.

As it stands, the NFL could push back the deadline for the franchise tag to be placed on players, with 4 p.m. ET on Tuesday, March 9 the current deadline. With no NFL salary cap number official set, the league set the salary cap floor at $180 million.

Wednesday, March 17 also means that trades which have been previously agreed to — such as the Jared Goff-Matthew Stafford swap — will become official, and deals can be struck.

Below are the other notable happenings March 17:

Months of Dallas brass telling the world that Dak Prescott will be the Cowboys quarterback in 2021 seems to be closer to reality, with the franchise tag going to be placed on Prescott. The two sides will have until July 15 to get a long-term deal done.

Washington is considering placing the franchise tag on guard Brandon Scherff once again, per NFL Network’s Tom Pelissero. Scherff is scheduled to be one of the top two guards available on the free agent market, alongside Patriots guard Joe Thuney.

Lions getting calls for backup QB

The Lions are receiving calls on backup quarterback Chase Daniel, per reports. Daniel could be considered for a mentorship-type role for a new team. Detroit is waiting to make their trade for QB Jared Goff official.

SN’s Vinnie Iyer ranked the 50 best available free agents entering 2021. Here are the top 21 available targets prior to the start of free agency:

Godwin has turned into a premier slot receiver at 6-1, 209 pounds. He runs great routes with outside versatility and despite some notable drops, he has the hands to be reliable all over the field. He isn’t close to his prime and the Bucs should do everything they can to keep him for Tom Brady.

Robinson had a massive third season with Chicago while in his prime as a complete target with 102 catches for 1,250 yards and 6 TDs. He’ll be looking to leave Chicago and finally get paired with a top QB.

Barrett cooled from leading the league with 19.5 sacks in his first season in Tampa Bay in 2019, but his massive impact in getting after the quarterback manifested again in the playoffs. The Bucs will do their best to keep him to make another run with their defense in 2021.

Simmons (6-2, 202 pounds) had another big season making plays for Denver with five interceptions and 96 total tackles. He will be a great cleanup man anywhere.

Jones had a second straight big year from scrimmage (1,459 yards, 11 TDs) and remained explosive, averaging 5.5 yards per carry. The Packers will do their best to keep him with Jamaal Williams heading to free agency with A.J. Dillon set to become the new power complement.

Harris didn’t have any interceptions in 2020 after posting 6 in 2019 but he was still very active in coverage to help a struggling overall pass defense and also racked up 104 total tackles.

“Babytron” is a big, speedy field-stretcher (6-4, 215 pounds) and red-zone finisher when healthy but he played in only five games in 2020 after suffering a lingering hip injury. The Lions will try to keep him around as Jared Goff’s go-to guy with Marvin Jones Jr. also being a free agent.

Williams, the Jets’ No. 6 overall pick in 2015, had his delayed big breakout as an interior pass rusher for the other New York team with 11.5 sacks. He is still built to wreak havoc on the middle edge of a 3-4 front.

Henry stayed mostly healthy in 2020 which was big for him, and caught 60 passes for 613 yards and 4 TDs in 14 games. He was underused a little as the Chargers unleashed an aggressive downfield passing game with rookie Justin Herbert. But Henry settled into to be a key target late and would be vital to new offensive coordinator Joe Lombardi’s scheme if re-signed.

Smith-Schuster may have worked his way out of Pittsburgh with his TikTok ticking off Mike Tomlin, but he’s a young slot receiver with high production and massive upside. JuJu sneakily got up to 97 catches for 831 yards and 9 TDs in the Steelers’ dink and dunk passing game.

Between injuries and suspension, Fuller can’t seem to stay on the field to produce big time. The 6-0, 184-pounder has blinding vertical speed as he averaged 16.6 yards per catch on his 53 catches for 879 yards and 8 TDs in 11 games with Deshaun Watson.

David remains a solid, consistent rock of a tackler and rangy playmaker even with a transition in scheme the past two years. He can help out a defense in many ways and also is a seasoned, respected leader.

Sherman played in only five games in 2020 but is coming off a strong 2019 where he showed his old-school physical shutdown stylings and also had 61 tackles. He has been a welcome leader of San Francisco’s secondary and can have the same influence on another team.

Williams has been consistent with his coverage help from free safety with a good nose for the ball and he is pretty solid in run support, too.

Davis finally broke out as a first-rounder with his size (6-3, 209 pounds) and speed in the Titans’ run-first offense as a great complementary receiver to A.J. Brown for Ryan Tannehill, catching 65 of 92 targets for 984 yards and 5 TDs while averaging 15.1 yards per catch.

Ingram is getting up there and his pass-rush production has gone down with some injury issues. But when healthy, he remains a well-rounded disruptor for either a 4-3 or 3-4 alignment.

Aaron Rodgers’ main snapping man has been a venerable line leader and also continues to be a big part of their run-blocking success.

Dupree is a sturdy pass rusher at 6-4, 269 pounds and was having a big season before his knee injury shortened it to 11 games, in which he still produced 8 sacks.

Thuney had to play some tackle with the Patriots’ line injuries and reshuffling in 2020 but his usual job is crushing it as a run blocker from left guard with good athleticism for his size (6-5, 308 pounds).

Hill (5-11, 183 pounds) came into his own opposite Jalen Ramsey, a good combination of dynamic ballhawk and aggressive cover man.