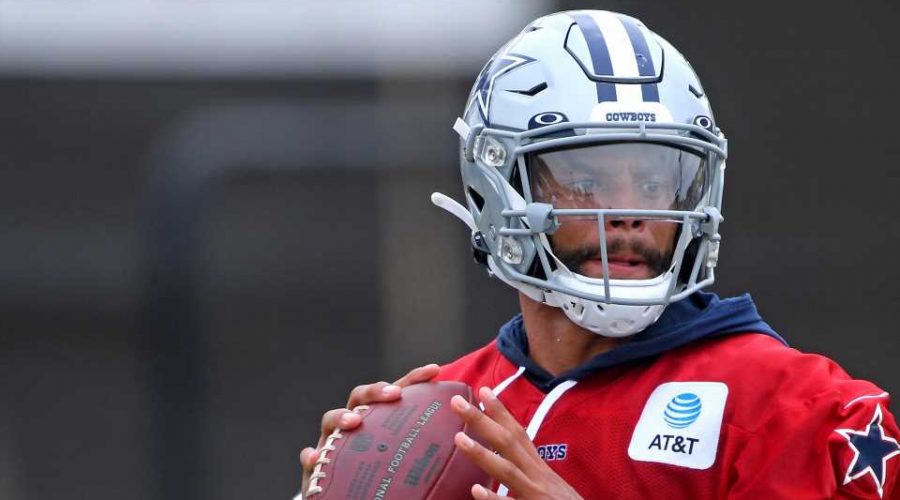 Dak is  not back.

The Cowboys are without quarterback Dak Prescott, and heading into Episode 2 of this year’s “Hard Knocks,” we may get a little bit more insight to what exactly is going on with the passer.

Episode 1 of this year’s behind-the-scenes training camp look with the Dallas Cowboys was, actually, pretty enlightening: Dak Prescott got some one-on-one time with the show crew, giving an in-depth reflection on his ankle injury; Mike McCarthy gave an (albeit ham-fisted) look at “Mojo Moments” in practice; Jerry Jones poured salt on a McGriddle.

Now, Dallas is going to have to one-up their game after a strong series start for Episode 2, and Prescott’s nagging shoulder/back/lat injury is, more than likely, going to be at the forefront for this week’s episode — if the peeled-back curtain from Week 1 is any indication.

Here’s what you need to know about this week’s show:

The five-episode training-camp series airs every Tuesday night until the Cowboys kick off their regular season against the Buccaneers on Thursday, Sept. 9.

How to watch, live stream Episode 2 on HBO

Cable subscribers can watch “Hard Knocks” on HBO with a traditional cable subscription. Meanwhile, cord-cutters will have to subscribe to HBO Max to get access to the show and get an up-close look at Cowboys training camp.

The Cowboys are coming off a disappointing 6-10 season that saw them finish third place in the NFC East, last year’s weakest NFL division. Heading into 2021, expectations are high as Prescott returns from an ankle injury that limited him to just five games last year.

Prescott’s comeback will likely be one of the biggest “Hard Knocks” storylines: He is also dealing with a shoulder injury, so his recovery from that could play a part in this as well.

Additionally, the coaching staff will get plenty of attention. Mike McCarthy is in just his second season as Cowboys coach, but his seat is hot after last year didn’t go as planned. The team’s newly hired defensive coordinator, Dan Quinn, will be front and center as he looks to turn around a Dallas defense that was one of the NFL’s worst last season.

First-round rookie Micah Parsons will be one of the players to watch, as will his fellow linebackers. That room has a lot of bigger-name players including Jaylon Smith and Leighton Vander Esch, who could be playing for future deals in Dallas — or elsewhere.

Surely, some hidden gems will emerge during this series as the “Hard Knocks” producers often find a plucky underdog to focus on. Fans will also be treated to four games of preseason action after having none last year. Dallas is one of two teams that will suit up for four preseason games, having already faced the Steelers in the Hall of Fame Game.

Here’s a look at HBO’s first trailer for Hard Knocks, as posted to its YouTube channel.

This year’s “Hard Knocks” series will feature five one-hour-length episodes, released each Tuesday. The show will take viewers inside the Cowboys’ training camp and highlight Prescott’s return from injury, as well as McCarthy’s quest to turn Dallas into a playoff team after a rocky first season in charge in 2020.

The next episode drops on Tuesday, Aug. 17.

August 17, 2021 NFL Comments Off on What time does ‘Hard Knocks’ air today? How to watch, live stream Episode 2 with Cowboys
NFL News