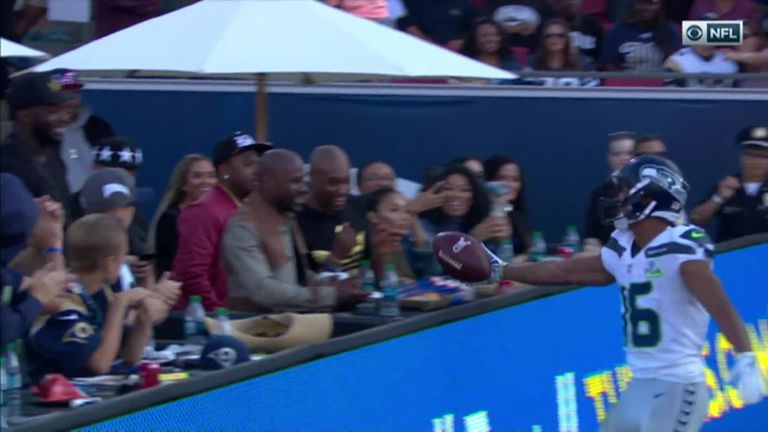 We’ve already seen Connor McGregor enjoy himself at an NFL game this season, well now it was the turn of Floyd Mayweather.

The undefeated boxing superstar was in attendance to see the Los Angeles Rams beat the Seattle Seahawks 36-31 on Sunday, and got a couple of gifts at the game too.

Click on the video above to watch as both Tyler Lockett of the Seahawks and Brandin Cooks of the Rams awarded Mayweather with a football following their touchdowns in the endzone nearest Mayweather’s seat on the sideline.

Lockett’s touchdown was a particularly pretty one too, with a stunning leap and grab off a Russell Wilson 23-yard throw, while Cooks’ rushing score from nine yards out proved to be the game-winner.