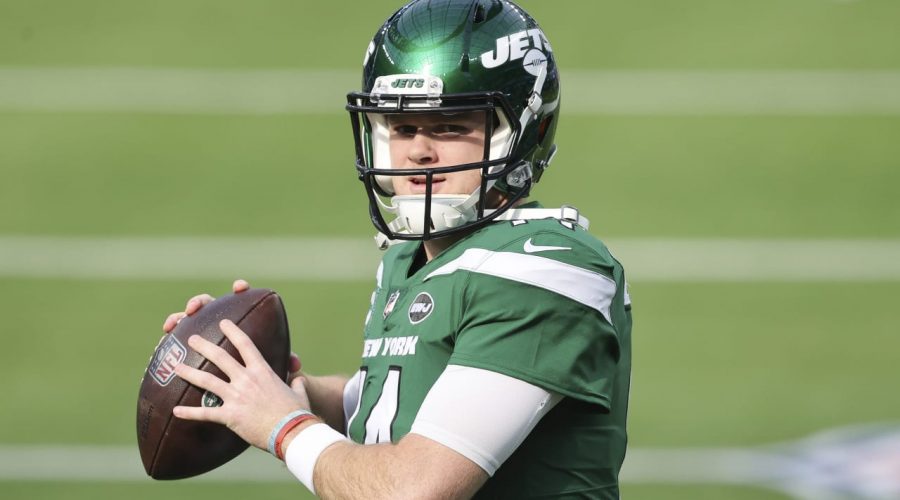 In the real world, the New York Jets traded ﻿Sam Darnold﻿ to the Carolina Panthers this week, but the NFC South squad wasn’t the only one to check in on the fourth-year signal-caller.

In a bizarro land elsewhere in the multiverse, perhaps Darnold could be headed to a different club.

NFL Network Insider Ian Rapoport reported Wednesday that prior to free agency, the Washington Football Team and San Francisco 49ers took a hard look at Darnold, per sources informed of the situation.

Rapoport added that Washington had conversations about a potential trade, and the Niners inquired about what it would take to happen, though New York wasn’t ready to make a move at the time (the full evaluation of Zach Wilson and other QB prospects in the draft hadn’t been completed).

Taking place before free agency takes some of the shine off the ‘What if’ game as both Washington and San Francisco moved on before Darnold was traded.

Ron Rivera’s club signed ﻿Ryan Fitzpatrick﻿ instead of giving up assets to acquire Darnold. The 38-year-old has been a better passer than Darnold the past several seasons but is clearly not a long-term solution. The one-year commitment at $10 million is less than what it’s going to take for the Panthers to hang onto Darnold for the next two seasons. Still, the former No. 3 overall pick could provide Carolina more upside than an aging journeyman.

The Niners, meanwhile, paid a hefty price to trade up to the No. 3 overall pick in the 2021 draft, sending three first-round picks and a third-rounder to Miami for the right to select a rookie signal-caller. Whether that player ends up significantly better than Darnold turned out to be as a top-3 pick remains to be seen. A coaching staff led by Kyle Shanahan, however, gets the benefit of the doubt — whereas Darnold dealt with Adam Gase the past two seasons.

In the end, Darnold gets a chance to turn his career around under coach Matt Rhule, OC Joe Brady, and with the best set of weapons he’s played with as a pro. It’s a pretty good spot if the young quarterback is going to prove he can be a franchise signal-caller.