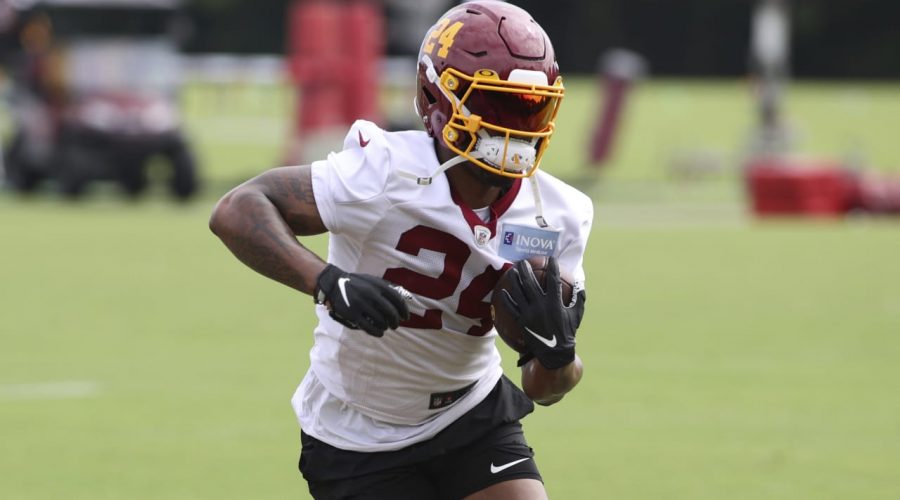 Pleased with the array of offseason additions made by his Washington Football Team, running back Antonio Gibson has made it known he thinks his squad has “a lot of weapons” heading into the 2021 season.

That doesn’t alter the individual aspirations Gibson has and rushing for 1,000 yards was one he had as a rookie and maintains ahead of his second season.

“That was something I really wanted [last year],” Gibson said, via the team website. “This year, I’m priding myself on surpassing that.”

Gibson tallied a team-high 795 yards rushing in his debut campaign and did so despite dealing with a turf toe issue that forced him to miss a pair of games and stalled a solid start to the year for him.

A wideout at Memphis, Gibson gaining 1,000 yards on the ground for Washington wouldn’t just be a first for him in the NFL but dating back to his college days. And hitting the 1,000-yard mark is an accomplishment seen far less in today’s NFL when the passing game is more prevalent than ever and running backs are part of a committee more often than a workhorse. Only nine players hit 1,000 yards in 2020, so Gibson’s aim for the accomplishment will be as much about his as his opportunities.

Though he’s a wideout, free-agent addition Curtis Samuel might take some carries here and there and new starting quarterback Ryan Fitzpatrick will scramble when needed. But Gibson, with J.D. McKissic backing him up, seems to have RB1 on lock.

With his toe injury seemingly behind him, Gibson has his health and a year of experience at the NFL level and at running back under his belt and boding well for him and his 1,000-yard aspirations.

“Last year was a learning process for me,” Gibson said. “I got the hang of it as the season went on and I started showing progress.”