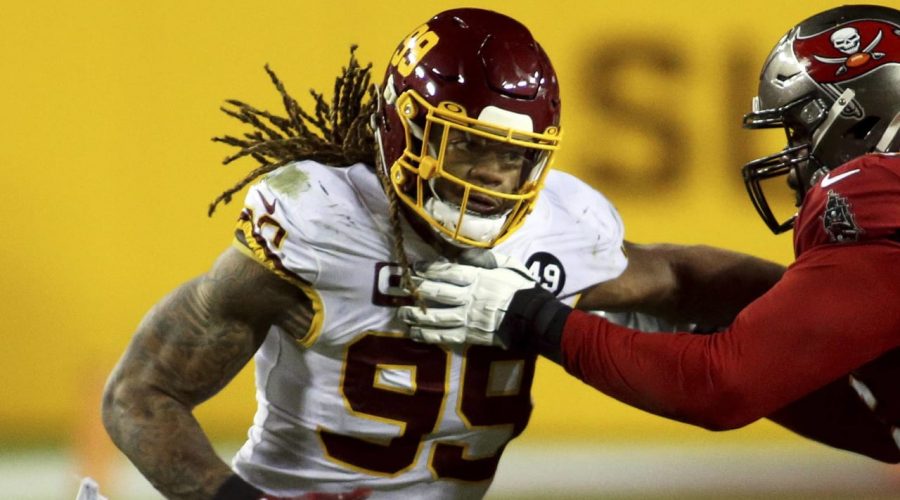 The presumptive Defensive Rookie of the Year escaped major injury Saturday night, though he and his team couldn’t outrun elimination.

Had Washington won, it would have been uncomfortable for Young to play in the Divisional Round, Rapoport added, but with the Football Team now heading into the offseason, Young’s injury is not as big a deal.

Young was on the field for 63 of Washington’s 72 defensive snaps in his playoff debut, but was sidelined for most of Tampa Bay’s final drive in the fourth quarter.

Before exiting, Young, who had proudly called out ﻿Tom Brady﻿ repeatedly in the week leading up to Super Wild Card Weekend, recorded three combined tackles but nary a QB hit or a sack of Brady.