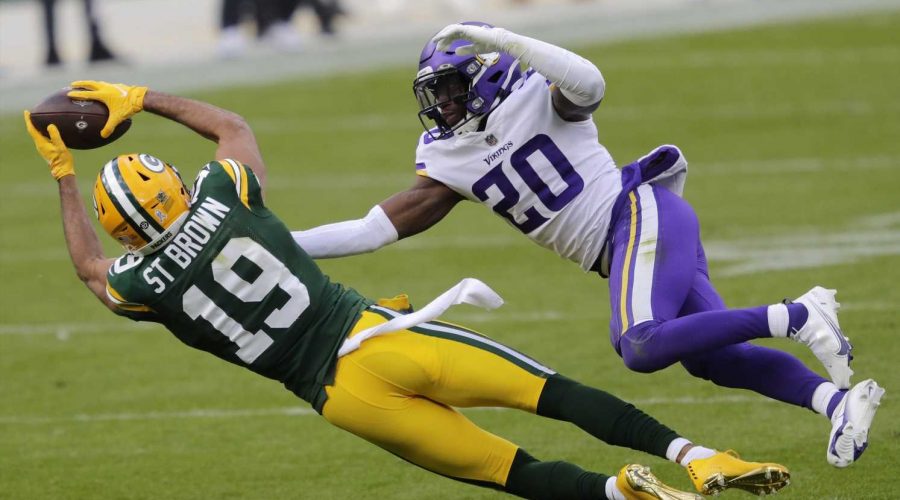 Minnesota Vikings cornerback Jeff Gladney turned himself in to authorities in Dallas on Monday after allegedly hitting and strangling his girlfriend late last week.

According to an arrest affidavit obtained by USA TODAY Sports, the incident occurred Friday while the two were driving. It began as a verbal argument, about text messages that Gladney, 24, was receiving on his cell phone, but later escalated to physical violence, authorities allege.

A 22-year-old woman told police that Gladney, whom she said she had been dating for about six months, struck her both with a closed fist and an open hand, squeezed her neck and pulled her hair multiple times during the altercation. She was eventually able to escape the car, get into a vehicle with unknown passengers and call 911, according to the affidavit.

Gladney, the No. 31 overall pick in last year's NFL draft, is facing a charge of assault/family violence, which is a third-degree felony under Texas law. He briefly reported to a Dallas jail Monday morning before posting bond, according to jail records.

It was unclear as of Monday night if Gladney had retained an attorney. A representative for the 24-year-old did not immediately respond to an email seeking comment.

NFL spokesperson Brian McCarthy confirmed that the league will review the matter under the auspices of its personal conduct policy, while the Vikings said in a statement that they are aware of the arrest and gathering more information.

"We take this matter very seriously, as the reported allegations are extremely disturbing," the team said Monday. "At this time we will have no further comment."

A 5-foot-10, 190-pound cornerback, Gladney played collegiately at TCU, where he was a first-team All-Big 12 selection in 2019. The Vikings selected him after trading back in the first round last year. He went on to start 15 games for the team in 2020, with 81 tackles and three pass break-ups.