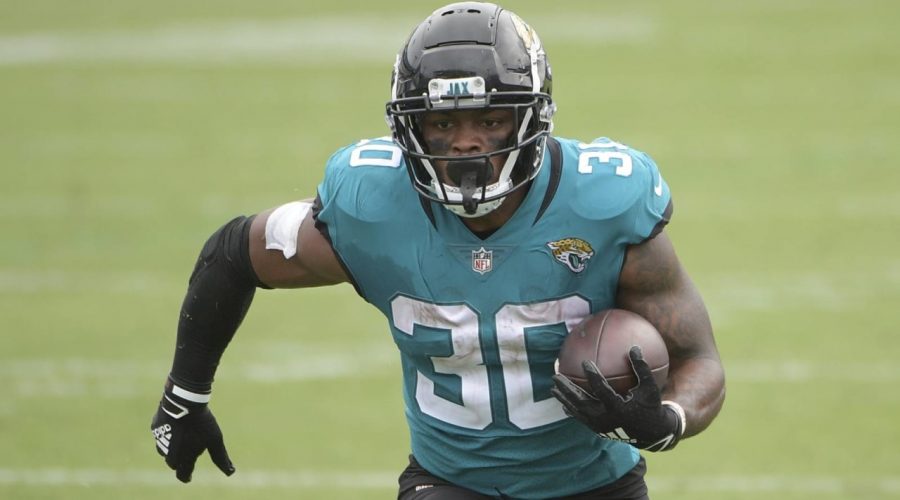 When Urban Meyer looks at the offense he’s setting out to build in his first year in Jacksonville, the first-time NFL coach likes some of the pieces already in-house.

Meyer noted Tuesday that undrafted running back James Robinson is one of the building blocks for 2021.

“Running back, James [Robinson], we feel pretty good about him,” Meyer said, via the team’s official transcript. “He had a good year, so we want to build a room with him being an integral part of it.”

Robinson was an unearthed gem in 2020. Leading all running backs with 86 percent of the team’s carries, the Illinois St. product finished tied for fifth in rushing yards with 1,070 despite missing the final two games of the season. He averaged 4.5 yards per carry with seven TDs.

Able to hit the hole and run through arm tackles, Robinson also showed some ability in the passing game, hauling in 49 passes for 344 yards and three additional scores.

It’s notable that Robinson was the only Jags skill player who Urban mentioned by name. While Jacksonville is likely to add a complementary back at some point to help buffer, Robinson should enter 2021 as the lead back.

Outside of the quarterback — expected to be Clemson quarterback Trevor Lawrence once the NFL Draft passes — Meyer noted that the club would like to add speed at receiver.

“Offensively, I think we have some really good receivers,” he said. “We’re not done with that room, however. If you’ve covered our teams over the years, the need for speed, the big play opportunity was not the Jaguars last year and we’re searching for the big play hit at the receiver position.”

The question is whether Meyer goes after a big name like Kenny Golladay﻿, JuJu Smith-Schuster﻿, ﻿Will Fuller﻿, etc., with the Jaguars’ oodles of cap room or drafts a WR with one of their other early-round selections.

Meyer added that tight end is another position of need.

“The tight end room, that’s a room that’s going to have to be rebuilt in some ways,” he said.

The list of potential tight end free agents includes Hunter Henry and Jonnu Smith at the top, either of whom would immediately boost the Jags’ passing game.

In confirming the franchise tag of Cam Robinson﻿, Meyer noted the dearth of tackle options on the open market, which suggests the Jags will use most of their cap space to boost other spots. The defense needs to be remade, starting upfront, but the big splashes could come at the offensive skill positions.