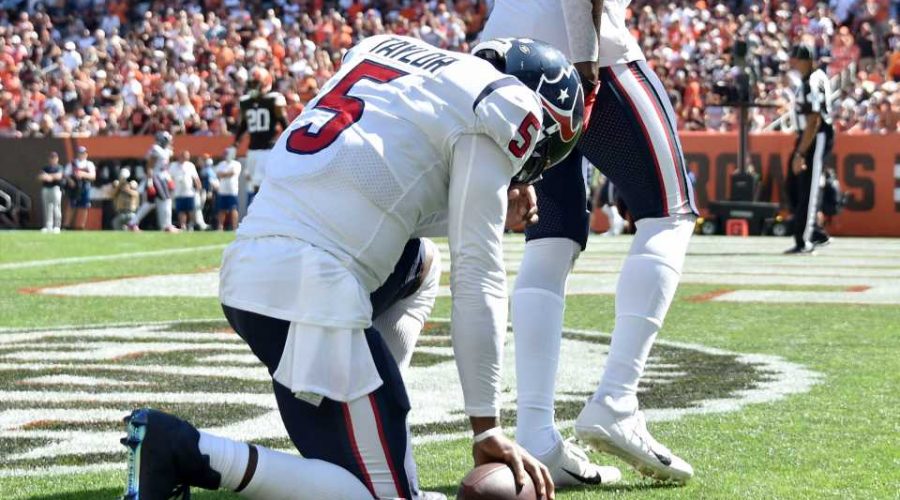 Texans quarterback Tyrod Taylor has left Sunday’s game vs. the Browns with what’s reported as a hamstring injury.

Taylor did not take the field out of halftime with Houston tied 14-14 with the Browns; instead, rookie backup Davis Mills took over. It’s uncertain when Taylor suffered the injury, but he did come up limping after his 15-yard touchdown scramble with 7:06 left in the second quarter.

Taylor finished the half for the Texans, but only attempted one pass in the drive; Houston ended up punting with 8 seconds left on the clock. He completed 10 of 11 passes for 125 yards and a score, adding the 15-yard touchdown scramble on the ground.

The Texans later confirmed Taylor would not return due to a hamstring injury.

Taylor isn’t the only quarterback to have suffered an injury on Sunday. Andy Dalton and Tua Tagovailoa exited games with injuries as well; Baker Mayfield also briefly left the competition with what appeared to be a shoulder injury.

This story will be updated.