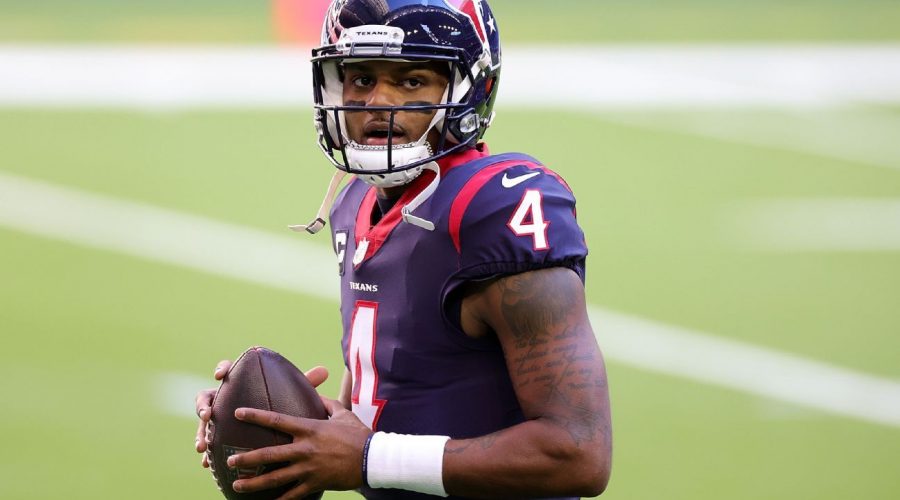 Ashley Solis, who lawyer Tony Buzbee said was the first massage therapist to file a lawsuit against Watson, spoke in the news conference. Lauren Baxley wrote a letter to Watson that was read by lawyer Cornelia Brandfield-Harvey.

“People say that I’m doing this just for money,” Solis said. “That is false. I come forward now so that Deshaun Watson does not assault another woman.”

In her letter addressing Watson, Baxley wrote, “Every boundary from professional and therapeutic to sexual and degrading you crossed or attempted to cross.”

Baxley said she wrote the letter at the recommendation of her trauma therapist to “forgive myself for not speaking up sooner,” and also “so that you can know without excuse or justification that you have deeply and irreversibly brought terror to me and others.”

“I initially came forward to offer solidarity to other women, but I have since realized that I’m deserving of justice as well,” Baxley wrote. “I hope the court of law brings that justice, and that you’re stripped of both your power and ability to hurt more women.”

Buzbee said in the news conference that Solis and at least one other of his clients have provided statements to the police.

On Friday, the Houston Police Department said in a statement that it has launched an investigation of Watson after a complainant filed a report.

“As with any allegation, the Houston Police Department is now conducting an investigation and will not comment further during the investigative process,” the department said in a statement. It did not specify what Watson is being accused of in the complaint.

Watson’s lawyer, Rusty Hardin, said in a statement later on Friday that he and Watson will “fully cooperate with the Houston Police Department.”

“We welcome this long overdue development,” Hardin said. “Now we will learn the identity of at least one accuser. We will fully cooperate with the Houston Police Department.”

In a letter Monday to Texans season-ticket holders that is regularly sent in the spring, the McNair family addressed the civil lawsuits and a complaint filed with the Houston Police Department against Watson, saying, “We want to assure you that we take these allegations very seriously.

“While we await the conclusion of these investigations, we express our strong stance against any form of sexual assault,” the letter reads. “Our family and the entire Houston Texans organization are deeply troubled by any form of abuse and we condemn this type of behavior.”

April 6, 2021 NFL Comments Off on Two women who filed suits vs. Watson speak out
NFL News