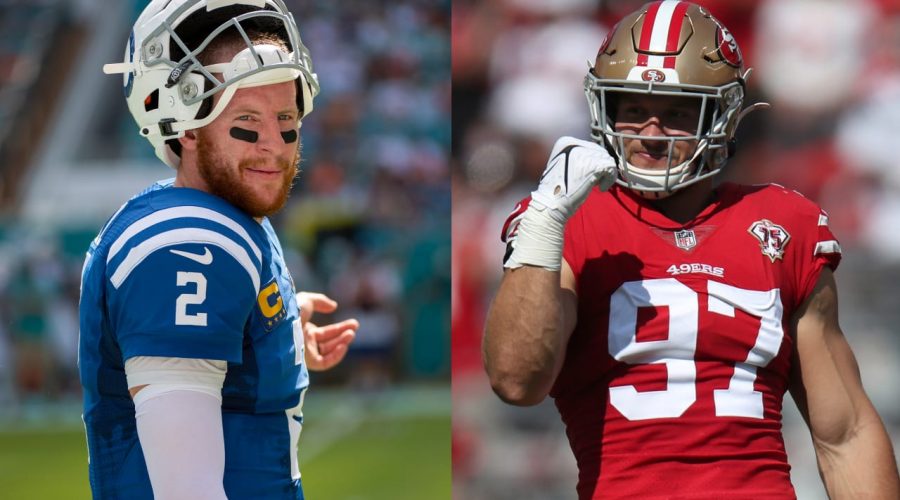 Happy Thanksgiving week! I hope you enjoyed celebrating with family, friends and, of course, football. I am grateful for your time and attention — it isn’t lost on me that there are a ton of places where you could spend these minutes, and I truly appreciate that you spend them here. Also, my editors are the freaking best. They have the daunting task of narrowing down my excitement — a.k.a., my excessive word counts — and I am endlessly grateful for their hard work in helping me to land the plane with this content.

Alright, let’s get back to our regularly scheduled programming …

NFL franchises use contextualized data to create competitive advantages. In order to realize an edge, teams need to employ the right data in the right way at the right time. This means distilling, interpreting and applying only the most influential data in a framework that accounts for personnel, opponents and evolving game situations. My goal is to be YOUR analytics department. Each week this season, I want to work for you by providing a peek into which numbers flag in my models as the most impactful … or the most misunderstood.

In this weekly column, I will assess current trends through the lens of analytics, as well as spotlight a few of my favorite — or least favorite — projections for the coming week’s action.

As always, let me know if your eye test is picking up on something interesting, or if there’s a stat/trend you’d like me to take a deeper look at. You can hit me up on Twitter @CFrelund. As with any great analytics department, the more collaborative this is, the more value we can create.

Two Bubble Teams I Believe In

As we approach December, playoff races in the AFC and NFC remain wide open. With that in mind, I wanted to identify one bubble team from each conference that projects as postseason material.

My models are bullish on the Colts reaching the postseason, with 54.2 percent of simulations producing that result. And that’s despite a projected loss to the defending champion Buccaneers on Sunday. (Tampa Bay wins in 52.1 percent of game outcomes.) With a Week 14 bye, Indianapolis has six games left on the regular-season schedule. My simulations give the Colts a win forecast greater than 60 percent in three of these contests: at Houston in Week 13, vs. Las Vegas in Week 17 and at Jacksonville in Week 18.

One of the biggest keys for Indianapolis to earn a playoff berth: keeping Carson Wentz efficient enough that the Colts don’t get punished for a vulnerability to passing touchdowns. Matt Eberflus’ defense has given up an NFL-high 25 touchdown passes; according to Next Gen Stats, Indy has allowed 12 scoring strikes of fewer than 10 air yards (tied for second-most). So, ideally, the Colts control the pace of the game and avoid high-flying shootouts. I can’t understate the value of this offensive line (third-best, per my metrics rankings derived from computer vision) and star RB Jonathan Taylor (league-leading +322 rushing yards over expected, per NGS). This is why Wentz is such a crucial factor. The first-year Colt has 12 touchdowns against only one interception on passes of 10-plus air yards (NFL’s best TD-to-INT ratio in this area) and is one of just four players with three or more touchdowns and zero interceptions on deep passes outside the numbers. He’s also top three in the NFL in attempts (114), yards (1,021) and touchdowns (nine) on play-action passes, which makes sense, given Taylor’s rushing dominance. If Wentz stays out of trouble on the riskier deep plays — and my model believes he will — the Colts can overcome injuries and losses from early in the season to earn a playoff berth.

This one is a bit spicier because it seems to very much hinge on more narrow victories, as opposed to higher-probability (a.k.a. “easier”) wins. Sunday’s home game against the Vikings could be a crucial pivot point that dramatically shifts the 49ers’ playoff odds, which sat at 33 percent entering this week — eighth-highest in the NFC, just behind the Vikings. My simulations have San Francisco besting Minnesota 53 percent of the time. Now, the Niners do have two remaining games with win forecasts north of 60 percent: vs. Atlanta in Week 15 and vs. Houston in Week 17.

San Francisco’s offense is based around rushing efficiencies. According to Next Gen Stats, the 49ers run the fifth-highest proportion of plays with runs or play-action passes at 61.8 percent. In addition, Kyle Shanahan only passes on 69 percent of third downs, which ranks 28th. That said, NGS shows that Jimmy Garoppolo has the second-best passer rating on throws of 10-plus air yards (129.0). San Francisco’s defense is getting heathier and more effective, allowing just 10 points and fewer than 300 total yards in each of its past two games (both wins). Nick Bosa﻿, who missed the bulk of last season with a torn ACL, looks like a force of nature again with 10 sacks (tied for sixth in the NFL).

NOTE: The figures cited below are provided by Caesars, current as of 3 p.m. ET on Friday, Nov. 26.

There’s one even spread on the slate this week: Seattle at Washington. Why do I like the Seahawks? Well, it’s certainly not a no-brainer …

Since Week 6, Seattle has notched just 246.2 total yards per game (fewest in the NFL) and given up an average of four sacks each time out (second-worst in this span). Want more craziness? Since returning from injury, Russell Wilson has posted these ghastly figures when under pressure: 31.3 completion percentage, 20.1 passer rating, 4.3 yards per attempt (NGS).

So, what’s my rationale for a ‘Hawks win here? Well, if you accept Pete Carroll and Wilson’s claim that these struggles aren’t injury-related, the star quarterback is due for a positive regression. Especially against a Washington defense that has given up 24 passing touchdowns (second-worst in the NFL), while also allowing a 135.4 passer rating on pass attempts of 20-plus air yards (dead last). Before his injury, Wilson was torching foes on deep passes: 47.4 completion percentage, 133.2 passer rating, 4:0 TD-to-INT ratio (NGS). All of that helps drive my final score projection: 25-22 Seattle.

THING I LIKE: The Bengals’ passing game having its way with the Steelers.

Here’s my logic from the data: NGS shows that ﻿Joe Burrow﻿ has thrown short passes on 56.8 percent of his attempts at 7.7 yards per attempt on such passes, with both marks leading the NFL. He also averages a league-high 8.1 yards per attempts on quick passes (under 2.5 seconds), using them at a rate of 52.7 percent (fifth-highest). Short and quick passes can be safety valves for pressure. With uncertainty about who will even play for the Steelers on Sunday, I like Burrow eclipsing the Caesars player prop of 255.5 passing yards. ﻿Ja'Marr Chase﻿ has averaged 44.3 yards per reception and four touchdowns on deep targets (both rank first in NFL) and leads the league with 9.6 yards per target on short targets. Did I mention the rookie wideout has piled up +179 yards after the catch over expected (second-most)? All this to say I have him topping the Caesars player props in receptions (5.5) and receiving yards (68.5). Lastly, I like ﻿C.J. Uzomah﻿, who earns 14.5 yards per target with four TDs on throws down the seams (both top-two marks among tight ends), to haul in more than 2.5 passes for more than 27.5 yards.

THING I DON’T LIKE: Rams WR ﻿Cooper Kupp﻿ to earn more than 95.5 receiving yards against the Packers.

In Weeks 1-8, Kupp was targeted on 34.3 percent of the Rams’ passes of 10-plus air yards. Since Week 9, that number is down to 18.8 percent — in raw numbers, four catches (on six targets) for 81 yards and a touchdown. Kupp has seen closer and heavier coverage in recent weeks; defenses are no longer leaving him open in space. Van Jefferson has seen an uptick in deep target share since Week 9, producing four catches for 84 yards on 10 targets. This is a logical development. With Kupp commanding the close attention of multiple defenders, other pass catchers will get the yardage. It’s fair to assume Odell Beckham Jr. will be more of a factor with a game (and a bye week) under his belt as a member of the Rams. And specifically against the Packers, it’s smart to leverage the run with Darrell Henderson.

November 26, 2021 NFL Comments Off on Two bubble teams that WILL make NFL playoffs; projections I like/dislike for Week 12
NFL News