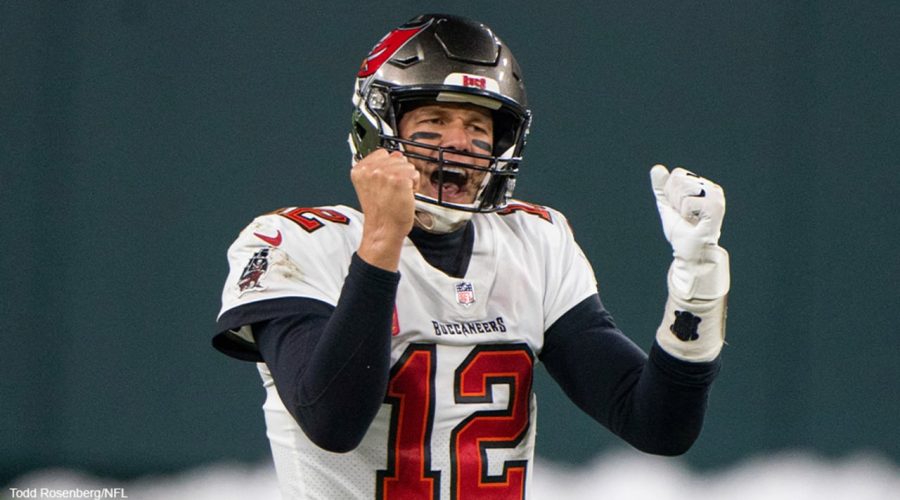 After 20 years dominating the NFL with the New England Patriots, Tom Brady took his first trip to free agency in 2020. Famously, he selected Tampa Bay and helped the Buccaneers win a Super Bowl, cementing for certain his status as the G.O.A.T.

Brady’s ability to help a team that couldn’t even make the playoffs in the previous 12 seasons, and hadn’t won a postseason game since 2002, hoist a Lombardi in his first year with the club — during a pandemic-altering season, and with an MCL tear, no less — is the stuff of legend.

Ice cream sundaes dream of the type of cherry Brady just plopped on top of his career dessert.

And yet, TB12, being who he is, still grinds about the clubs that had the gall to dismiss his services last offseason when he was a free agent.

During a SiriusXM Town Hall event with Jim Gray that aired Wednesday night, Brady’s mind was still on the teams that passed on him during free agency.

“I think what you realize is that there’s not as many smart people as you think. It’s just the reality,” Brady said, via the Tampa Bay Times.

Tom, you just won your seventh(!) Super Bowl ring. Revel in your grand accomplishments. Don’t wallow in the slights.

The 43-year-old G.O.A.T. compared the clubs that decided not to pursue him last offseason to NHL teams passing on Wayne Gretzky or NBA clubs declining to sign Michael Jordan.

“It would be a no-brainer if you said, ‘Hey, you’ve got a chance to get Wayne Gretzky on your team,’ or ‘You get a chance to have Michael Jordan on your team,'” Brady said. “‘Ahh, we don’t need him. No thanks, we’re good.’ In my mind, I’m kind of thinking, okay, let me go show those teams what they’re missing. And at the same time, let me go prove to the team that did bet on me, and the team that really showed that they really wanted me and committed to me, that I’m not going to let them down.”

Right there sits the Brady mindset in a nutshell.

He knows he’s one of the greatest athletes to ever compete in any sport. Yet, despite that knowledge, he’s willing to pick at any slight scab and use that as motivation to continue his dominance.

There is a reason Brady has accomplished what he has even as he ages. The mentality built over a lifetime keeps him grounded and driven. An unquenchable need to tweak every comment or action into a motivational tool is both impressive and sustaining.

Even as he was at the White House celebrating a magical championship run with his new team, at least a fraction of Brady’s mind was on those who slighted him. That is what makes TB12 different from all others. And what makes him different makes him great.