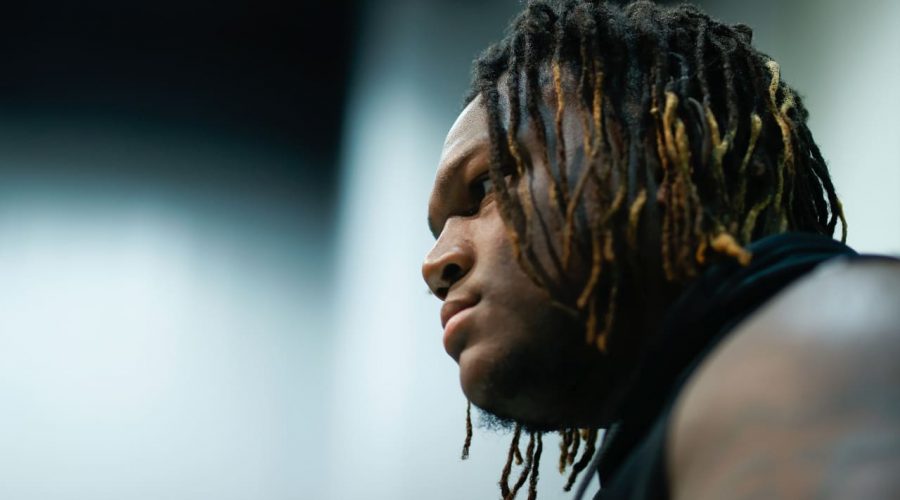 Former first-round offensive lineman Isaiah Wilson said on Twitter on Monday that he is through with the Tennessee Titans.

“I’m done with football as a Titan,” Wilson posted in a tweet that he hastily deleted. “No further comments.”

Titans general manager Jon Robinson recently said he has not spoken directly with Wilson since the O-lineman was placed on the reserve/non-football injury list in December, a move that marked the end of a rookie campaign for Wilson that could be characterized as rocky to say the least.

The No. 29 overall pick of the 2020 NFL Draft, Wilson was the last of the first-round selections to sign his rookie contract and had already been placed on the reserve/COVID-19 list prior to his signing. It was a foreshadowing of ill fortune to come.

A 6-foot-6, 350-pounder out of Georgia, Wilson’s selection in the first round was seen as a bit of a surprise and he was seen as a project. That project resulted in only one game played as a rookie, one in which he logged three offensive snaps and one snap on special teams.

Wilson was twice put on the reserve/COVID-19 list. In August, he was involved in an incident at Tennessee State University in which police responded to the smell of marijuana at an off-campus apartment and wrote that the player went to the second-floor balcony where he appeared to briefly consider jumping, per the Associated Press. Thereafter, Wilson was arrested and charged with a DUI in September.

The Titans placed Wilson on the NFI list in December ahead of Week 14.

“I think he’s gonna have to make a determination if he wants to do everything necessary to play pro football,” Robinson said of Wilson on Feb. 16. “That’s going to be on him. I know what the expectation level is here. It’s no different than any other player on the football team.

“We have a certain standard that we want players to prepare and perform at professionally, and as people, and (there is) a lot of work to be done there.”