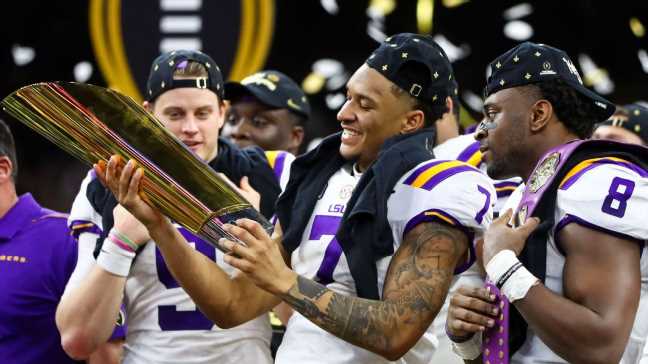 The morning after the College Football Playoff selection committee ranked his undefeated team No. 12 behind four Power 5 teams with multiple losses, Coastal Carolina coach Jamey Chadwell gathered the Chanticleers on their stadium field and asked them a question.

“All right, who’s disappointed?” he said.

A majority of players raised their hands.

“Coach, we don’t understand why,” one player said, according to Chadwell.

The Chanticleers were realistic about their goals — “I knew the playoffs were no shot,” Chadwell said — but they had finished the season 11-0 and clung to the possibility of earning a spot in a New Year’s Six bowl.

When that door slammed shut, it was the latest example of a process that elicited forceful objections from fans and prompted some conference commissioners to question the process.

While criticism of the committee’s weekly rankings has become as traditional as tailgating, the bizarre, coronavirus-ravaged seventh season of the playoff bolstered the backlash. The inconsistent reasoning applied to the rankings each week was magnified because of unbalanced schedules. Not even a pandemic, though, could overturn college football’s balance of power. Many have grown weary of the same teams and conferences repeatedly being chosen and are convinced Group of 5 teams will never have a chance as long as there are only four semifinalists. While the CFP insists those teams have a realistic path, it’s becoming more difficult for fans to believe it unless they see it. And any hope that this unprecedented season would provide an opportunity for something different was quickly extinguished.

January 7, 2021 NFL Comments Off on The future of the College Football Playoff: Expansion, complaints and what comes next
NFL News