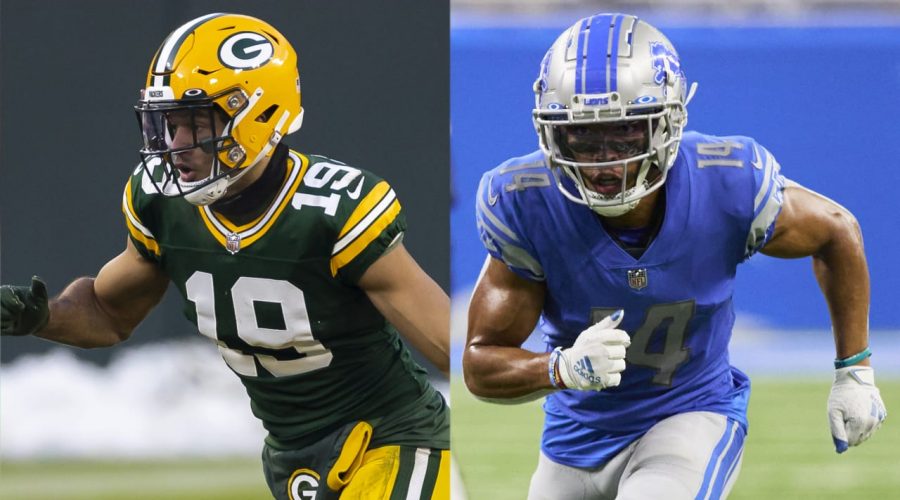 Monday Night Football is set to be a joyous occasion for the St. Brown family.

When Green Bay and Detroit meet inside Lambeau Field to conclude Week 2, two receivers — Packers reserve Equanimeous St. Brown and his younger brother, Lions rookie Amon-Ra St. Brown– will be gunning for family bragging rights just as much as a primetime W.

Drafted in the fourth round out of USC in April, Amon-Ra is still an unknown quantity in the NFL, although the 2020 first-team All-Pac 12 selection profiles as a smooth route-runner with a high football IQ. The 21-year-old will have a chance to showcase those skills on a big stage after a quiet debut (two receptions, 23 yards vs. SF).

As for Equanimeous, who was elevated to the active roster on Monday for the first time this season, MNF will give him the opportunity to continue building his still-budding NFL career.

Drafted in the fifth round out of Notre Dame in 2018, Equanimeous carved out a niche role during his rookie season before missing all of the 2019 campaign with an ankle injury. He returned in Week 6, 2020 and served as a deep ball threat for Aaron Rodgers during Green Bay’s run to the NFC Championship Game.

While Amon-Ra spent this past summer enjoying the high of getting drafted and preparing for the pros, the older St. Brown found himself fighting for a roster spot. And, while he was unable to make the initial 53-man roster, the 24-year-old wideout was subsequently signed to the practice squad following cutdown day.

Regardless of what their stats look like when the final whistle blows Monday night, both players will leave the field knowing they made their family proud. The colors they’ll dawn may be different but the bond will remain all the same.

“He’s gonna be one of the, if not the, top receiver in the NFL for rookies this year,” Equanimeous told ESPN about his brother back in April. “Just based on me knowing his mentality, him being drafted in the fourth round and him having a pretty good opportunity to play right away … I think he’ll have a great year.”