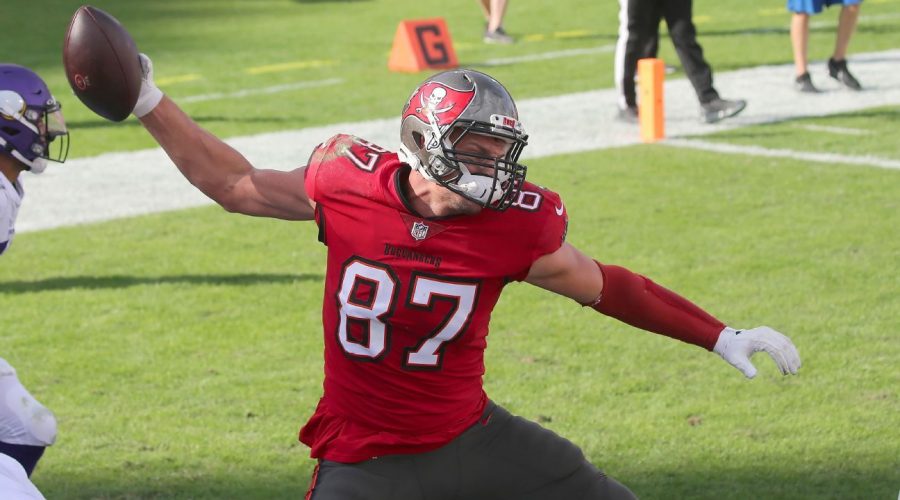 Strength of schedule matters quite a bit in the NFL, but so too do things like prime-time appearances, rivalry matchups, and whether or not your franchise-defining quarterback who won a Super Bowl in his first season away from your team is going to be playing them in, say, Week 4 at Gillette Stadium. That’s why the night of the NFL schedule release is such an exciting time — fans and players get to find out the road they’ll have to travel in order to make the playoffs (and, hopefully, win a title) in the upcoming season. The schedule dropping is just one of those miniholidays the league has seeded so expertly throughout the offseason — and the teams who’ll be participating in those games had some creative ways of expressing their glee.