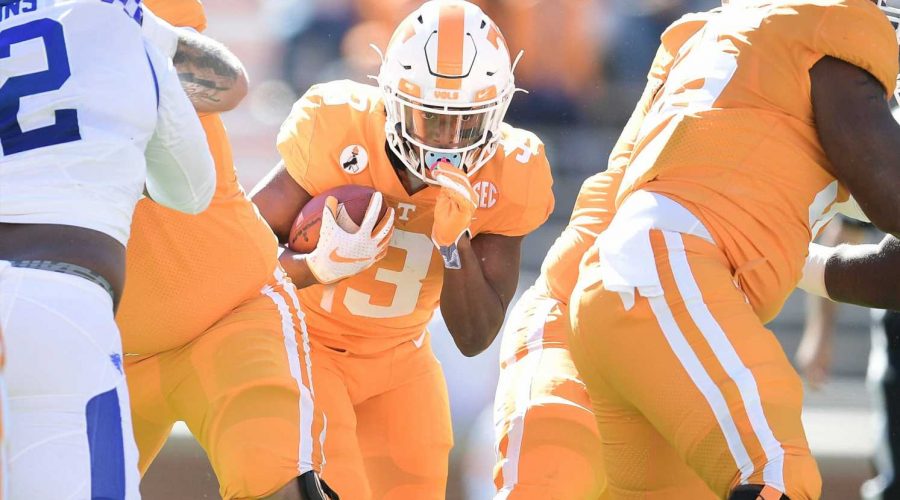 The dizzying movement of players in college football this offseason will have even the biggest fans trying to make sense of who's going where as spring football wraps up this month.

After a season played in a pandemic and then the loosening of transfer restrictions by the NCAA, allowing players immediate eligibility at their new school, the portal was flooded with big names seeking new destinations for the 2021 campaign.

Almost every team has been forced to adjust — whether through adding players to fill needs or seeking replacements for those who left openings. There's also a domino effect as no team wants to have empty spots when the music stops.

The biggest transfers and their outlooks for making an impact:

Without a foot injury before the team's first game, it would have been Coan leading the Badgers last season. Instead, Graham Mertz took the controls and Coan never saw the field. The move to Notre Dame opens up the possibility he could be behind center for the Irish, who need a replacement for three-year starter Ian Book. Drew Pyne, the other competition in the quarterback race, played in four games as a freshman last year. If experience is a factor, Coan should prevail. He made 14 of his 18 starts for Wisconsin in 2019 and led the team to a 10-4 record.

This could be the heartwarming story of the year if Milton can win the starting job with the Seminoles more than two years after a serious knee injury sidelined him. There wasn't a fit with the Knights with Dillon Gabriel entrenched as the starter, so Milton moved north in the state to find an opportunity. Florida State has struggled with quarterback play during its downturn the past four seasons. Milton coming anywhere close to the form that saw him finish sixth in the Heisman voting in 2018 would be a huge plus.

The Sooners were looking for some running back help with Rhamondre Stevenson headed to the NFL and the team whiffing among some top high school recruits. Enter Gray. Despite being Tennessee's leading rusher from last season with 772 yards, the junior wasn't able to fully display his talents in an offense that was near the bottom of the Southeastern Conference. That won't be the case with Oklahoma and Lincoln Riley. Gray is already drawing raves for his running and pass-catching ability this spring. He should fit in seamlessly as the Sooners look to improve upon last year's numbers.

A five-star recruit, Bowman played in two games last season for the Tigers. He managed just 32 yards on nine carries before deciding to head back to his home state. His arrival with the Gators coincides with their loss of quarterback Kyle Trask, who was mostly responsible for the team being ranked No. 1 in passing offense. Florida will be transitioning to more of a ground-based attack and Bowman's arrival should provide a nice 1-2 combination with leading returning rusher Dameon Pierce.

Last season was supposed to be the breakout campaign for Rambo with the Sooners. After 743 yards as a sophomore, he was expected to improve those numbers with Spencer Rattler taking over at quarterback and the team throwing the ball more downfield to suit his speed. Instead, Rambo slumped to just 312 yards on 25 catches. The change of scenery appears to have helped. He was impressive throughout spring and could be set for a big season if Hurricanes quarterback D'Eriq King is ready to go for the opener after suffering a serious knee injury in the bowl game.

Oklahoma wide receiver Charleston Rambo breaks free for a touchdown after a catch during the first half against the UCLA. (Photo: Kelvin Kuo, USA TODAY Sports)

With Tyler Vaughns and Amon-Ra St. Brown, who combined for almost 900 yards and 10 touchdowns in six games, out the door to the NFL, the Trojans went shopping in the transfer portal and found one of the top producers available. Washington had 743 yards and six touchdowns on his 43 receptions as a redshirt freshman last season. He reached 100 yards three times in his breakout campaign, including games against Cincinnati and Central Florida. Washington should provide another weapon in the USC Air Raid offense that needs playmakers.

Morris was the first of three Volunteers players — along with Gray and safety Key Lawrence — to commit to the Sooners this offseason. Like Gray, his presence fills an important need for Oklahoma. Its offensive line struggled to consistently establish the run and protect quarterback Spencer Rattler. Morris, a starter for Tennessee in each of his two seasons, should slide into one of the tackle spots and shore up some of those concerns.

Nester is returning home after playing his high school ball in West Virginia before spending two seasons with the Hokies. He made an immediate impact with Virginia Tech, starting 10 games as a true freshman in 2019 and then making seven starts in eight games last season. Nester will fortify the offensive front for the Mountaineers immediately.

Originally expected to join Oklahoma, Bryant found a home in Orlando with his former head coach Gus Malzahn being hired by the Knights. He was a second-team, all-SEC pick last year even without gaudy statistical numbers, showing the respect he receives for being a disruptive influence on offenses. Stepping down to the American Athletic Conference should allow him to register more sacks and tackles for loss that should help the UCF front.

The Nittany Lions lost some key players on defense to the portal but picked up a nice addition with Ebiketie. He led the Owls with 8½ tackles for loss and four sacks and was second with 42 tackles in just six games last season. Enrolled for the spring semester, he's already impressed coaches with his athletic talent and ability to make plays.

LSU needed some help at linebacker with starter Jabril Cox going to the NFL and found a valuable option in Jones, who played against LSU in the championship game at the end of the 2019 season. The senior started seven games for Clemson last year and should provide experience as LSU tries to sort through the defensive issues that led to coordinator Bo Pelini being fired after one season.

Not all the transfer news was good for the Sooners. While maligned at times for his lack of height and penchant for penalties, Radley-Hiles was still a consistent performer for Oklahoma's defense that transformed into one of the better units in the country. He made 32 starts in his three seasons and totaled 115 tackles. A move home to the West Coast gives the Huskies a veteran to lean on in their secondary.

Stevenson's final contribution to the Bulldogs was a critical pass breakup on third down that allowed the team to rally past Cincinnati in the Peach Bowl. He was expected to be a major contributor this season with several starters leaving the secondary. Citing homesickness, he decided to join his hometown team and provide some playmaking ability for the Hurricanes' back line.

In terms of production, the Seminoles may have gotten the best addition of any team this offseason. Robinson had 74 tackles in 10 games last year as a sophomore. That comes after he made 62 stops and earned all-SEC freshman team honors in 2019. He looked good in spring practice and should make an impact for Florida State as it tries to rebuild several parts of its team.

Gilbert has the potential to be a game-changer at his next program. He arrived in Baton Rouge last year as one of the top freshman recruits and immediately showed his elite athletic ability with 35 catches for 368 yards and two touchdowns. A native of Georgia, Gilbert initially announced he would transfer to Florida before backing away from the decision. LSU coach Ed Orgeron said he met with Gilbert earlier this month and there is a possibility he returns to the Tigers.