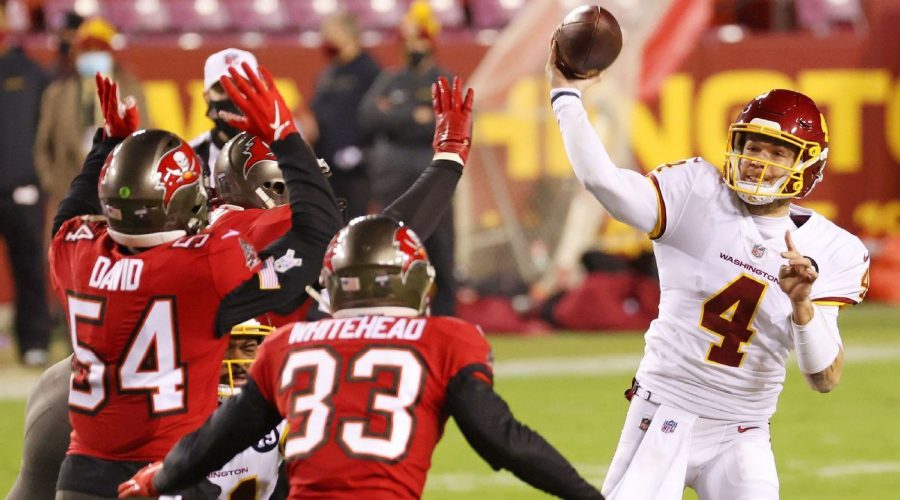 When the 7-9 Washington Football Team had to take on Tom Brady and the Tampa Bay Buccaneers in the first round of the National Football League playoffs, little did they know that their best shot at pulling off an upset would rely upon journeyman quarterback Taylor Heinicke, making just his second career start in the NFL — and his first in the postseason.

And while Washington came up short, losing 31-23, Heinicke’s performance turned heads. He threw for 306 yards and a touchdown — while also rushing for another score — on 26-for-44 passing. Heinicke garnered high praise for his gutty attempt to outduel Brady as the Bucs’ QB won his NFL-record 31st playoff game, with a lot of observers convinced this game gives the well-traveled Heinicke some staying power.

You can start with the game’s reigning best quarterback, Patrick Mahomes:

But the ultimate in cool veteran kudos? All-time Washington great Joe Theismann, the quarterback of the Super Bowl XVII champs, chimed in:

The Old Dominion product even got some love across sports from his old stomping grounds, as the Baltimore Orioles’ Triple-A affiliate in Norfolk celebrated his performance:

Not too shabby for an undrafted free agent who had to drift from the Vikings to the Patriots, Texans and Panthers — not to mention the XFL’s St. Louis Battlehawks — since first entering the NFL in 2015 before landing with Washington.